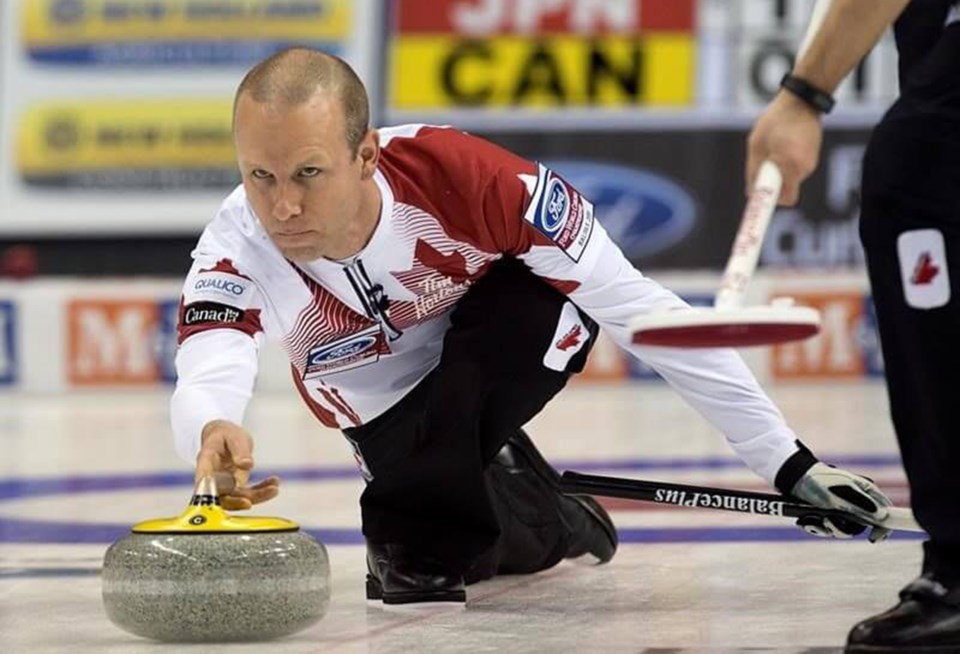 Simmons, the two-time Brier champion who now works as the director of high performance for Curl Sask, will join the former Team Horgan foursome out of Manitoba with the goal of taking a shot at the Olympic Trials while also maintaining familiarity with the on-ice game.

The opportunity came when skip Tanner Horgan decided to pursue other opportunities, leaving the Winnipeg Beach-based crew seeking a bit more experience on the backend. That led second Kyle Doering -- who alongside third Colton Lott played with Simmons in the 2017-18 season -- to ring up his old skip.

It wasn’t long after that things came together, and Simmons decided to join the duo -- along with leads Tanner Lott and Emerson Klimpke -- for another run.

“It was kind of a surprise phone call and not expected at all, and there were kind of a couple of reasons this opportunity was interesting,” said Simmons, who won back-to-back Briers in 2014 and 2015, the first as third for Kevin Koe and second as skip for Team Canada. “Number one was some old teammates and pals who were in a bind in a tough year to be in a bind and it was a good year to be able to help them out a bit in the short term.”

The second reason relates to his current position with Curl Sask. Like every sport, curling sees changes to strategy and planning on a regular basis, and getting on the ice can help pick up on those trends.

“I think it’s the least I can do for all the athletes in our high-performance program, to not lose track about what it’s like out there and you aren’t going to get a better opportunity to do that free and clean than this one,” Simmons explained. “So I’m kind of looking at it as a two-month webinar to get caught up on things and we’ll go from there.”

Simmons will play a limited schedule, hitting some larger events and the pre-trials while the rest of the rink takes a run at the Manitoba playdowns. While he hasn’t played a ton in the last few years -- and especially in the last 12 months -- Simmons hopes the whole process will be like riding a bicycle.

“When you watch on TV now, everyone makes things look so easy that I know aren’t,” he said. “So I guess we’ll see. I still practiced a fair bit up to even a couple years ago and still felt pretty good about things that way, but there’s still some work on my end that has to be done, even more so off the ice.

“But it gets me moving and keeps me motivated so it’s probably a good thing regardless.”

Simmons will certainly have some skill backing him up.

Doering is a three-time former provincial junior champion out of Manitoba, winning as a skip in 2012 and again as second for Matt Dunstone in 2016. Lott has three junior titles to his name, playing third for Doering in 2012 and Dunstone in 2013 and 2016.

They’ll be facing a murder’s row of curling assassins with the likes of Dunstone, Koe, Brendan Bottcher, Jason Gunnlaugson, Brad Gushue and Brad Jacobs just some of the teams in the mix.

Not an easy time, for sure, but one Simmons has faced before.

“You never know what might happen, but I’m realistic about it,” he said. “One of the biggest challenges for me is just getting into a position where I feel confident about making a shot, then the next shot and next shot and so on. That’s kind of going to be my mentality through all this and I’m hoping to be able to help them along the way and do my part for sure. Then there’s familiarity from four years ago with Kyle and Colton, they’re great guys and as a result it was a decision that was a little more possible, for sure.”