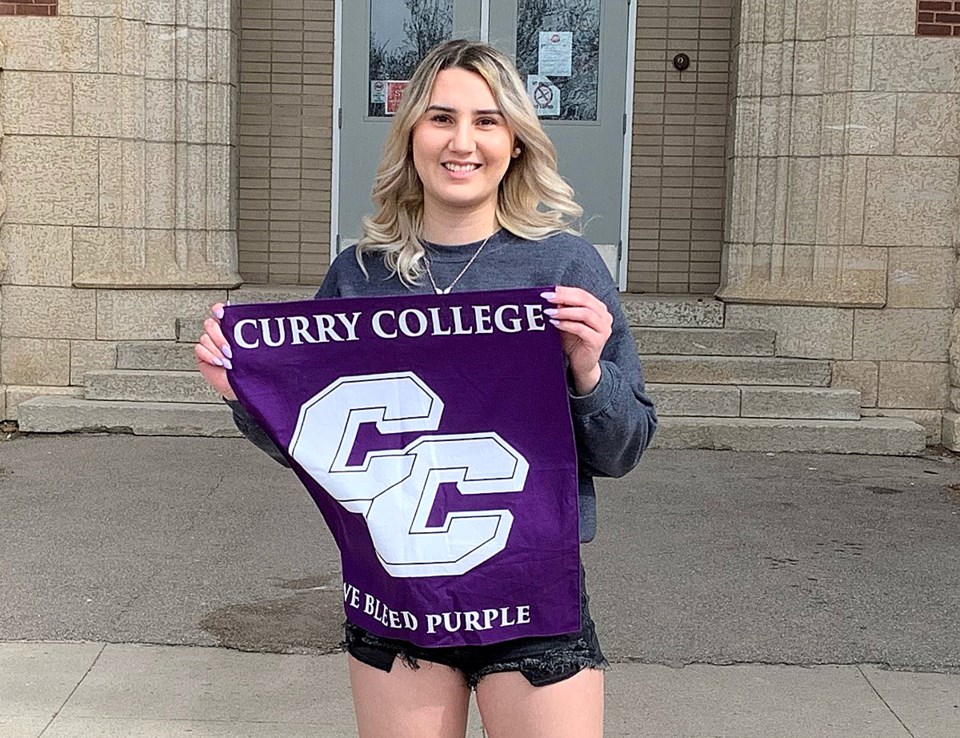 Missens recently signed on to attend Curry College in Milton, Mass. and while there plans to play for the NCAA Division III Colonels women’s volleyball team.

What’s different about the situation is as a Division III school, their volleyball programs are largely based on season-to-season tryouts, with athletes signing on first and foremost as students before attempting to crack the roster.

For Missens, that means a major in criminal justice. But make no mistake, she’s heading out east for one major reason, and that’s to further her career in volleyball as much as she can.

So just how does someone from Moose Jaw end up playing a sport in Massachusetts in the era of COVID-19? It turns out that a single e-mail can lead to golden opportunities.

“I had no idea about the school at all until one day I got an e-mail and it was ‘check out our orientation and open house, come join us!’ and I thought ‘it’s online, sure I’ll do it’,” Missens said. “I just fell in love with the school, the programs they have. It all seemed perfect for me.”

A quick search found the Colonels -- who play in the nine-team Commonwealth Coast Conference -- and a volleyball program as solid as any Division III school in the country.

Missens applied and was accepted, and that brought Cyclones coach Joe Gunnis into the mix looking for a bit more information for his graduating outside hitter.
“Joe was in contact with the coach down there and it turns out they’re looking for players,” Missens said. “Joe basically explained to me that I’d be perfect down there, they’re looking for my position, so I’ll more than likely be on the team, but you still have to be fair to everyone else.”

The good thing is Missens brings plenty of skill to the game. One of the top players in the Moose Jaw high school league in her junior year, Missens reached the final selection camp for Team Saskatchewan for the 2020 North American Indigenous Games before just falling short.

It’s all been a product of steady improvement based on hard work and encouragement from her coaches, including the likes of Gunnis and Corey Nyhagen at Central along with Thunder Creek Volleyball Club’s Lorne Polupski.

“Oh, it’s been insane,” Missens said of their support. “My coaches always knew I could go far and they always pushed me to the limits, every day they were telling me ‘Nat, you have to train harder, we believe in you so much’. It felt good to me, they were like a second set of parents who could push me while having an understanding of the sport and what’s going on.”

Missens hopes to pursue a career in volleyball, and that’s where going to a Division III school also comes into play. Cutting her teeth at that level while also focussing on classwork will be a nice fallback should things not work out as planned.

“I kind of wanted to focus more on school and my education, because in reality if I wanted to go play volleyball professionally, it’s not really a life you can depend on,” she said. “So I wanted something to fall back on so if I don’t become as successful in volleyball as I want to, I still have my degree and I can still do what I love and things like that.”

Still, this is college sports in the United States. A solid start to her career, and it won’t be long before Division I schools come knocking.

“It would have been nice to get to a higher Divison right away, but down there, they’re always scouting,” Missens said. “So say I’m doing insanely good and a Divsion I team wants to pull me up, they’re going to come and grab me. So there’s always a chance.”

Now the elephant in the room.

Missens had hoped to land interest from larger schools after playing through her senior year with a veteran-laden Cyclones team, but the ongoing pandemic saw to it no school sports would be played in the province this year. To say that’s been a disappointment is an understatement.

“I have a million thoughts about it every day,” Missens said. “Sometimes I just want to be alone and wonder why did this have to happen? I’ve been waiting three years to finally have my senior year, show what I’m capable of doing and what I’m going to become, and it just got shut down.

“I hoped for the best, I had positive thoughts about it every day hoping that we could play, but sadly I couldn’t and it’s just a matter of training on your own and doing what you can to become better.”

Now, it’s a matter of just a matter of continuing to improve and doing what she can to make her hometown proud.

“Even though we’re a smaller town, there are so many of us that can go on to the next level,” Missens said. “There are already around five of us who are going to post-secondary for school, and it’s amazing that we, as athletes, can prove to the world that we can be just as good on the bigger stage.”