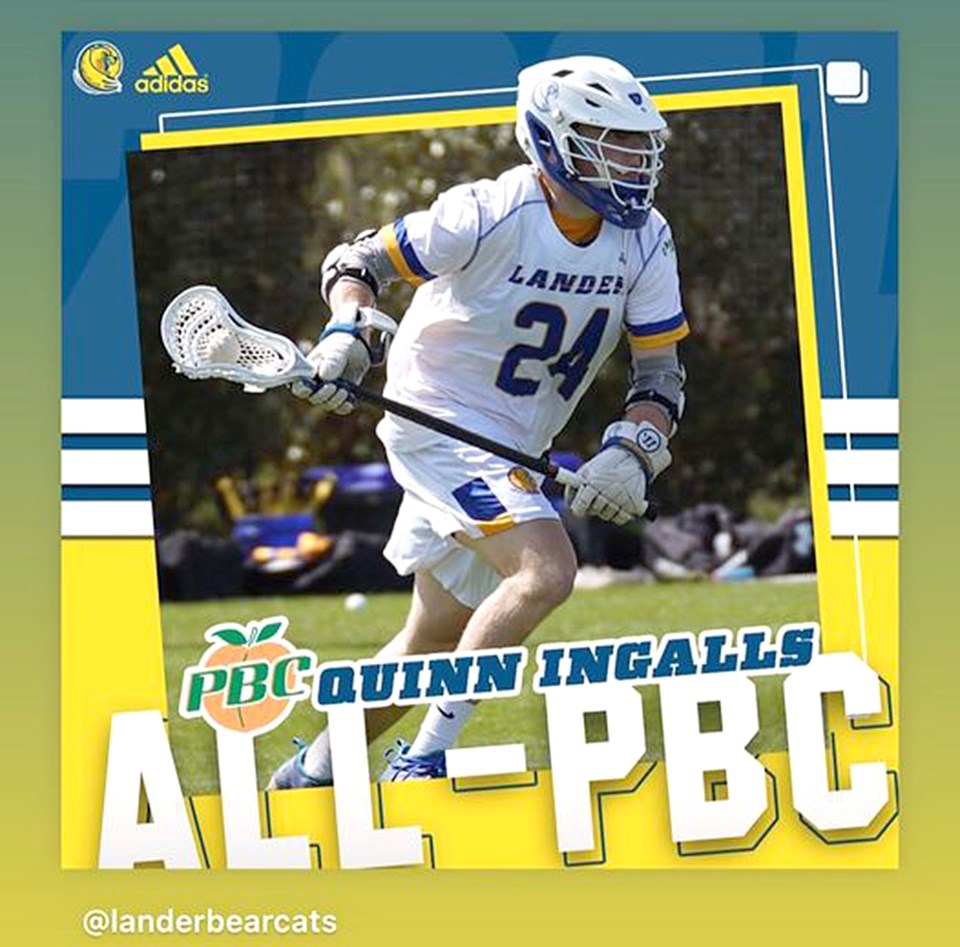 Ingalls, 21, put on a second-half surge to finish second in team scoring and was named to the Peach Belt Conference all-conference team after Lander dropped a 20-10 decision to Alabama Huntsville in the PBC semifinals on April 28.

The Moose Jaw Lacrosse Association grad went into the month of April having scored nine goals and 11 points for the NCAA Division II squad, but by season’s end would have increased those numbers exponentially.

Ingalls scored a single goal in Lander’s 18-8 loss to eventual conference champion Montevallo on April 3, picking up a pair of shots on goal and a ground ball in the process.

The Peacock grad didn’t have a lot of luck in their next contest, a 12-11 loss in a barnburner against Alabama Huntsville on April 10. Ingalls picked up a single assist as Lander were outscored 5-1 in the final quarter, giving up the tying goal with 2:55 remaining and the game-winner with 38 seconds to play.

Things changed in a major way for the sophomore midfielder a week later.

Lander would roll to a 21-7 win over Emmanuel College, and Ingalls would emerge as one of the Bearcats’ top scorers, putting up three goals and six points to go along six shots on goal, the second-highest total on the team.

Lander’s next two contests against Montevallo and Shorter University on the Apr. 23 weekend were cancelled, giving Ingalls’ crew a 6-5 record overall and 2-2 in-conference for the season.

That set up their semifinal bout with Chargers, and Ingalls would end up leading Lander in scoring in the disappointing loss, scoring four goals -- one in the first quarter, two more in the third and the Bearcats’ final goal of the season with 3:12 to play in the game.

He’d finish the game with eight shots while also causing a turnover.

All told, Ingalls would cap the campaign with 17 goals and 23 points, behind only attacker Adam Mather’s 24 goals and 42 points. He also picked up 10 ground balls and caused seven total turnovers while finishing the season with a 79.5 percent shooting percentage.

Ingalls was one of four Lander players to land on the all-conference team, joining Mather, fellow midfielder Krew Conroy and defender James Linn in receiving the honour.