Moose Jaw’s Helland off to solid start at Monterey Peninsula

Sophomore relief pitcher yet to allow an earned run, but bad luck keeping saves from adding up
May 4, 2021 7:25 PM By: Randy Palmer 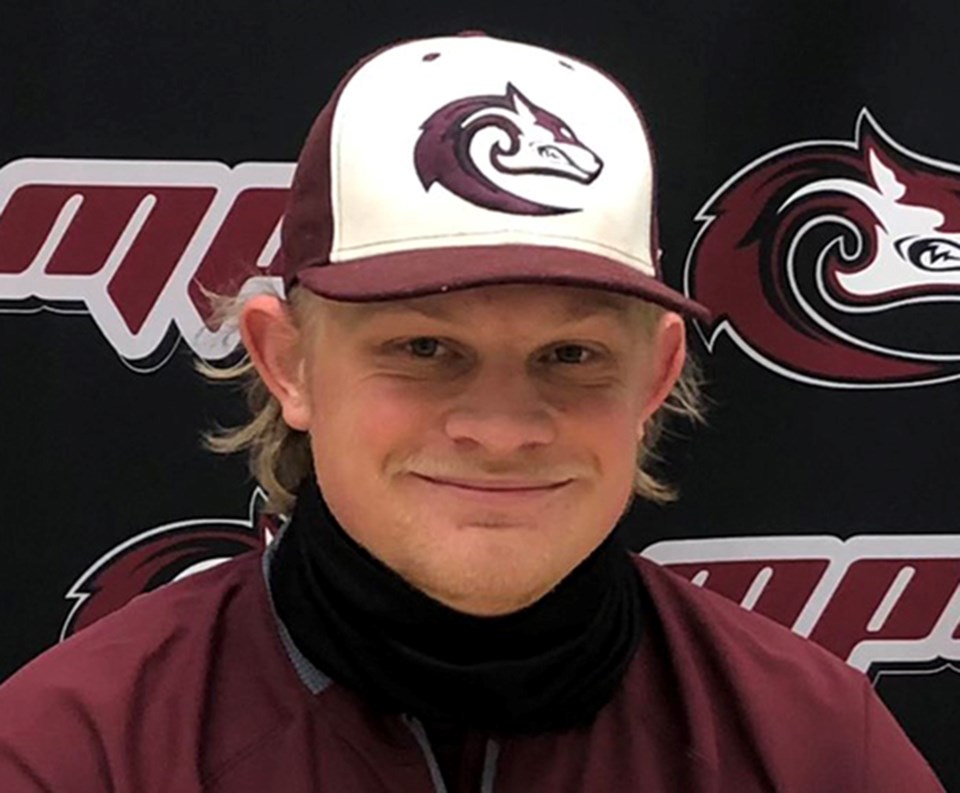 Three appearances, no earned runs and a single hit against his ledger -- the kind of numbers that normally indicate all sorts of positive things happening.

But baseball is a game where the stats don’t necessarily tell the story, and Helland has seen a bit of the good and a bit of the bad through the early going of the 2021 California Community Colleges Athletic Association season

The 21-year-old right-handed pitcher made his first appearance of the campaign on April 17 against Cabrillo College, and it was as solid as it needed to be.

Coming on in relief of starter Nic Bouillerce in the fifth inning, Helland would face six batters over two innings of work, allowing a single walk in the fifth but forcing the next batter to hit into a double play. He’d tack on a strikeout and leave with the score tied 3-3 in the seventh, after which Monterey would put up a pair of runs in the eighth and go on to a 5-3 win.

Helland picked up his first save of the season on April 24 against Hartnell College, entering the game with two outs, runners on first and third and a 3-1 lead in the bottom of the seventh and final inning. Helland would give up a single, allowing the run to score from third, but the trailing baserunner attempted to go first-to-third and was gunned down by the right fielder to end the game.

Helland’s most recent appearance was on May 1 in a rematch with Cabrillo, and it ended up being the strangest of all.

Once again called in to put out a fire, Helland took the mound with runners again on first and third while holding a 4-3 lead. This time it was a passed ball that would do the damage, with the tying run scoring on the play.

Helland would come back out for the 10th, and with the CCCAA using the international tiebreaker rule, started the inning with a runner on second. A flyout to centre advanced that runner to third, and two batters later a fielder’s choice would see the go-ahead run score. Helland retired the rest of the side in order, but Monterey wouldn’t be able to respond and dropped a 5-4 decision.

Monterey now hold a 7-3 record overall after winning their first seven games to start the season, including a 5-3 mark in the Coast-South Conference. All three of their losses came in the series this past weekend against Cabrillo.

The Lobos have 18 games remaining in their regular season, which will be Helland’s final in California as he heads out to NAIA MidAmerica Nazerene in Olathe, Kansas next season.