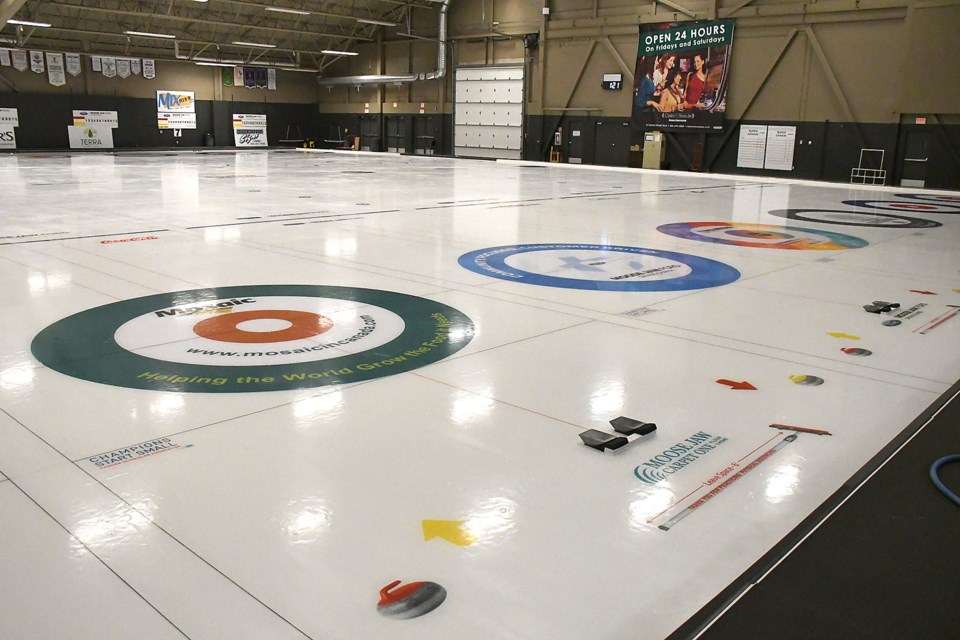 Initially, the belief was things would face a hard shutdown as of Nov. 20, but when information released shortly after the initial announcement by the government indicated that limited activities could take place -- but under severe restrictions -- the local group was quick to take a look at how things might work.

But in the end, it all proved to be just a bit too onerous.

“With the new restrictions, under-18s could play but we could only have eight curlers out there at a time,” Mosaic Place curling programmer Rhonda Wenarchuk said in an e-mail to Curl Moose Jaw members, referring to the eight people total allowed on ‘the cold side of the glass’, not just per sheet. “Everyone had to keep three metres apart on the ice which is very hard to maintain. And we want to make sure that everyone was safe and healthy.

“So the decision has been made to just put curling for all ages on a pause until Dec. 18th.”

There is some good news, though.

Even though the Moose Jaw Ford Curling Centre will be shuttered for the next three weeks, the plan is to get back up to full speed as soon as things re-open. That includes making up all games that are missed between now and then, and even squeezing in an extra week of play between Christmas and New Years to help accommodate that plan. Games in the stick and afternoon leagues will be made up in January, and with bonspiels cancelled for the foreseeable future, Saturdays will be used to help make up missed contests.

“We are hopeful that this pause for the 3 weeks will slow down the virus,” Wenarchuk said. “We want to keep everyone safe and as healthy as can be so that we can return to play.”

More information, including updated schedules, will be released closer to the return date.