Mayor pleased that city is taking action to repair bridge 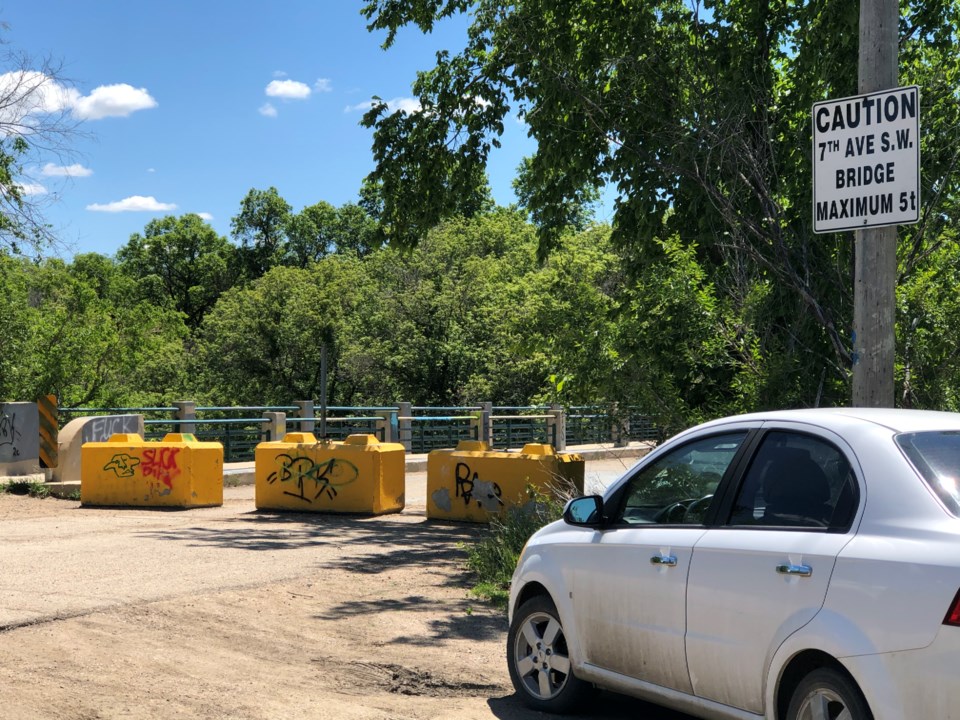 Mayor Fraser Tolmie is pleased that action is being taken to repair the Seventh Avenue Southwest bridge and looks forward to the upcoming construction.

“I know that we’ve got a target date of June 30, which would be nice, and quite honestly to be ready for the new school year for the residents out there, so that’s a good target date and allows us for contingency should any issues come up,” he said.

City council voted unanimously during a special meeting on Feb. 22 to spend $832,202 to rehabilitate the bridge, with Harbuilt Construction Ltd. awarded the contract to repair the structure. Tolmie spoke with reporters after the meeting about the outcome.

Since the forthcoming rehabilitation will give the bridge another 10 years of service, this gives city council and city administration time to start saving money for a new bridge as part of their five-year capital plans, Tolmie said. Furthermore, since Carpere Canada plans to develop a new subdivision on the former Valley View Centre property, council can review any proposals that come to it.

“It opens up conversations and it opens up opportunities,” he added.

Tolmie noted that if Carpere wants to be a good community partner and sponsor, it should recognize the opportunities to co-operate with residents and the municipality to ensure access is available.

While spending nearly $900,000 to repair the bridge is unbudgeted, this has been an ongoing issue since 2015, and it is important to have this addressed, said Tolmie.

Tolmie appreciated that council and city administration were able to work through this issue while receiving input from the Thorn and Avery families. He noted that it was not always a “rosy relationship,” but the parties arrived at a good solution while engaging with each other.

The fact a rehabilitated bridge will accept light vehicles and ensure pedestrians can cross safely were also important factors to the mayor.

“I’ll be honest with you: I walk down that area as well,” Tolmie said. “I haven’t crossed the bridge, but I have gone down into the valley and I walk along the river … along the ice. For me, it’s a bit of escapism because you get to see something you wouldn’t normally see in Moose Jaw.”

When asked about negative comments about repairing the bridge, Tolmie said that the overwhelming opinion has been to find a solution for this issue since people appreciate that area of the valley.

“You’re always going to have dissenters and that is part of the community … ,” he added. “I haven’t had anybody communicate with me that they’re opposed to this.”