'I’ve always been excited about serving the citizens of Moose Jaw and I’d be very excited to serve the constituents of this riding'
Jun 17, 2021 2:00 PM By: Jason G. Antonio 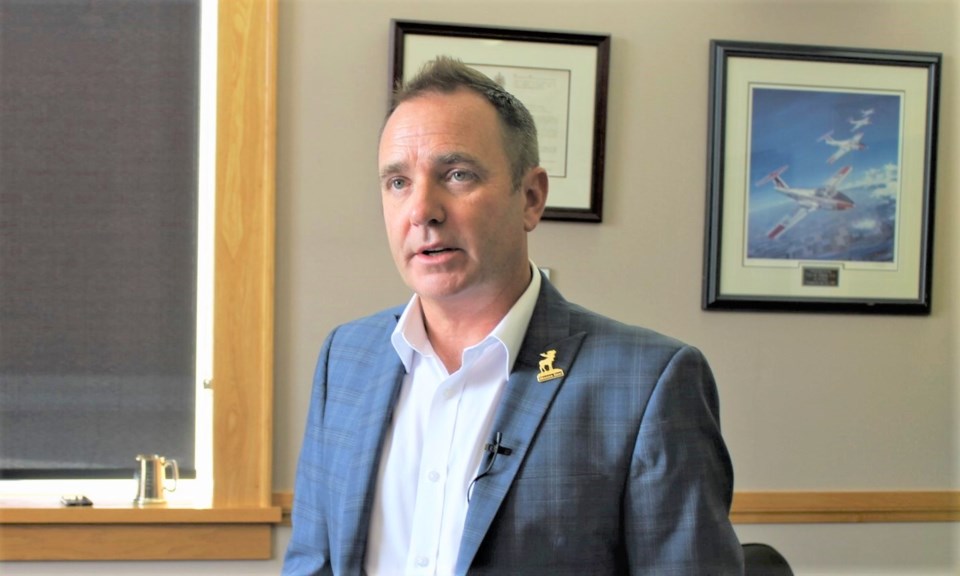 Mayor Fraser Tolmie has announced that he is taking a second shot at securing the Conservative Party nomination for the Moose Jaw-Lake Centre-Lanigan constituency.

Tolmie attempted to secure the nomination in 2015, but the electoral district association allegedly blocked him.

The Moose Jaw mayor joins a growing list of candidates interested in becoming the Member of Parliament for this riding. Others who have thrown their hat into the ring include former Conservative Party MP Brad Trost and newcomers Kathryn Pollack and Clark Dan Puckett.

Tolmie decided to seek the nomination since he believes the Moose Jaw-Lake Centre-Lanigan constituency deserves to be represented by someone with political experience and a proven track record, he explained. He stands behind the political record that he has built up during his five years as mayor and the accomplishments he has achieved at city hall, on council and in the community.

“I think that’s important for this riding, and I believe that’s a natural progression for myself … ,” he said. “I’ve always been excited about serving the citizens of Moose Jaw and I’d be very excited to serve the constituents of this riding.”

It’s important that the riding representative understand the issues of the region, Tolmie said. Many people in Western Canada feel left out, that their voices are not heard, and want to be valued. He believes he can be a voice for those disaffected constituents since he is an experienced leader who has listened to constituents in Moose Jaw.

Tolmie acknowledged that the constituency is large geographically but pointed out he is a high-energy person who would be excited to meet with others. He has already been speaking with residents, farmers and business owners in rural areas of the riding. The open-door policy he has at city hall would also be continued if he wins the riding nomination.

While Tolmie is facing off against three other nominees — including the well-known Trost — for the position, he said he is remaining focused on his campaign and the skills, experiences and attributes he believes he brings to the table.

It will take hard work to win the nomination, said Tolmie, but that’s not new to him since he says he put in the time and effort during previous municipal elections. He also believes his high energy will serve him well in this pursuit.

If Tolmie successfully wins the nomination race, he would remain the mayor until the federal government drops the election writ. When that happens, he believes it would be appropriate for him to step down while he campaigns.

“It’s been an honour and privilege to serve in the capacity that I have already,” he added. “I have military experience where I served in a different capacity before, and I believe all that experience will help in this nomination and would help as a candidate and member for this riding.”