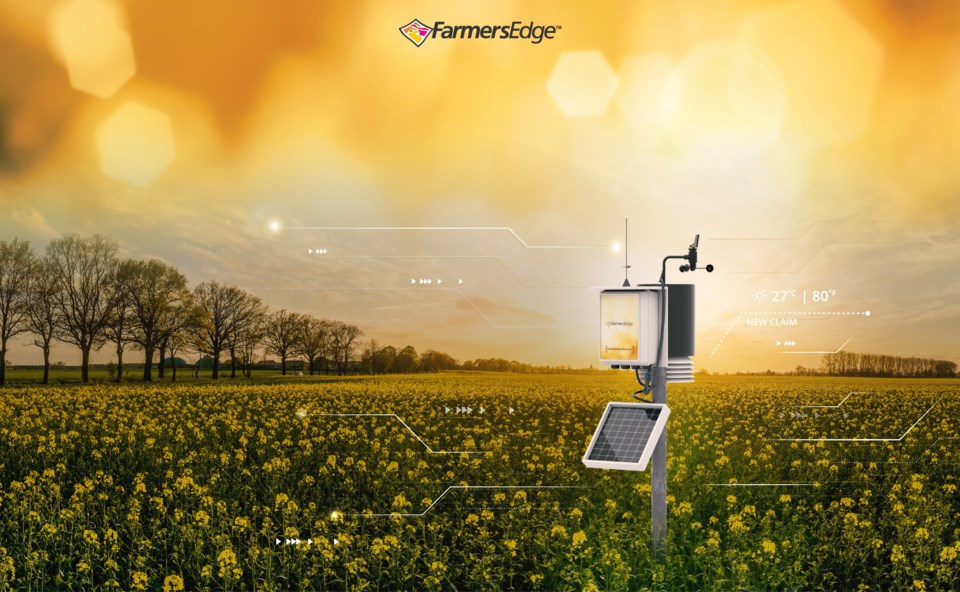 A new type of canola crop protection from Farmers Edge will use in-field sensors to monitor weather conditions.(supplied)

Canola Heat Blast Protection from the company is a digital product that offers innovative yield monitoring for canola when temperatures exceed 26 C during the day and 16 C at night, which disrupts the crop’s growth cycle.

The coverage program, which is the first of its kind in North America, is overseen by Farmers Edge and Munich Re, who provides insurance delivery.

“Once the crop is in that critical stage, which we’re able to model out, and the temperature hits for that period of time, [the sensors] will trigger the claim payment,” said Barnes.

Using digital sensors is more efficient, said Barnes, as there is no need to wait for an adjuster to travel for assessment, which means producers will receive compensation more quickly.

“With how these weather derivatives work, the moment the climatic conditions hit that triggering component, it’s paid out. There’s no debate between the adjustor and farmer, which I think farmers will really like,” said Barnes.

In-field sensors are also an improvement as they are on location and able to monitor the entirety of a specific field, rather than using a weather station potentially miles away to check data.

Barnes said that heat blast is a big concern for producers, as high temperatures and dry conditions when canola is flowering can reduce yield significantly, but often not enough to trigger a traditional yield loss claim.

“So many different things can happen throughout a growing season, specific perils that might not push a farmer into a crop insurance claim but could steal a lot of profitability,” said Barnes. “[Extreme heat] might not take a canola crop from 50 bushels to 25, but it could take them from 50 to 35, which is still [concerning].”

Heat blast can cause significant damage to an entire field, unlike other catastrophic weather conditions like hail, and potentially damage a producer’s entire crop rotation cycle, said Barnes. 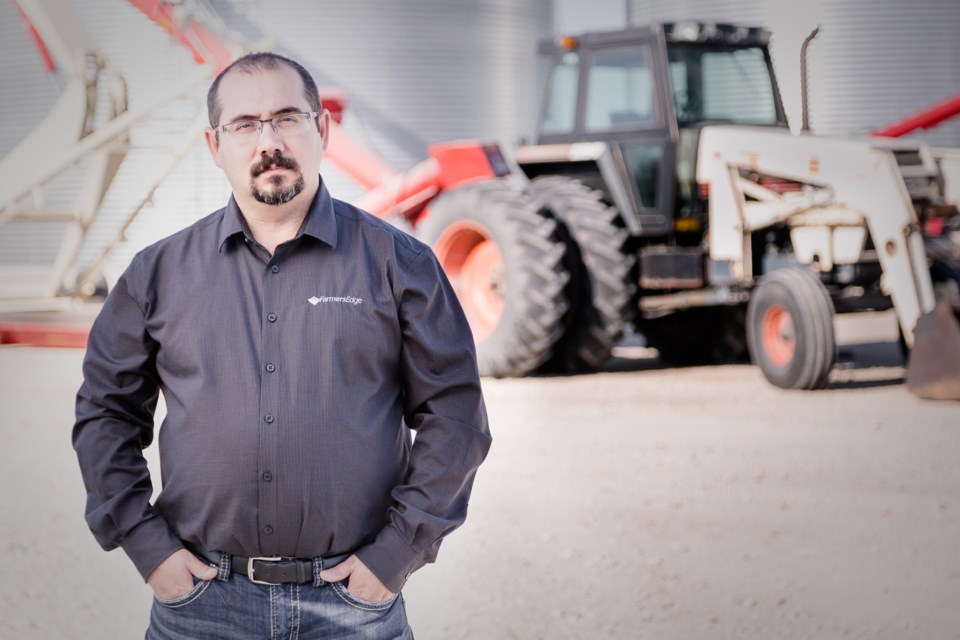 “You go out and seed the crop, fertilize it, spray it with herbicides or fungicides, and you’ve sunk in all your costs, and then suddenly really hot weather could steal the majority of the [yeild at harvest],” said Barnes.

Barnes sees the integration of technology like field sensors as the first step towards the future of agriculture, which he sees as moving to more digitization to help producers manage their operations.

“I think this is the first of its kind that is driven towards individual farmers, and I think that will provide them with more flexibility around risk management,” said Barnes. “Government insurance protects on a more cost level, and [this] is starting to protect their process.”

The canola heat blast protection program is available to producers across the prairies, and will likely be expanding into further innovative programs in the future.

“This is the first wave, and we’re looking at bringing in other perils moving forward [but] we felt that canola was the best product to launch with,” said Barnes. “Right now, commodity prices are high and so it’s difficult for producers to get enough protection, so I think it could be a great opportunity.”

Only existing Farmers Edge customers are able to utilize the insurance this year, but the tech will become available to all first-time and returning producers beginning next year.