Kinsmen Flying Fins back in the pool, but see plenty of changes 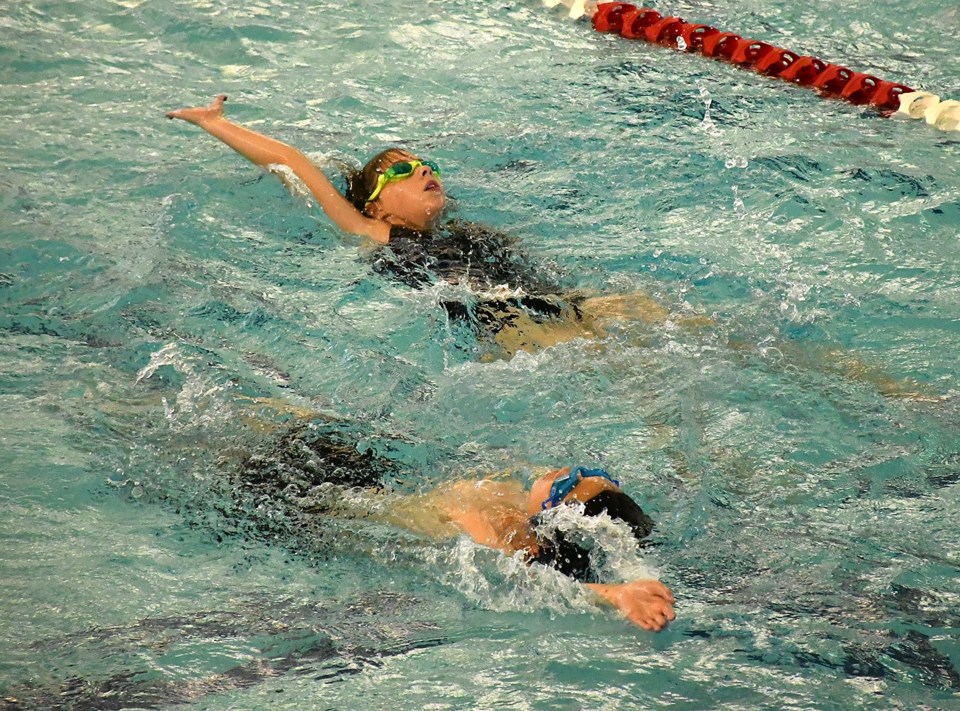 Members of the Kinsmen Flying Fins work through a series of backstroke laps during a recent training session.
Normally when a reporter shows up at the Moose Jaw Kinsmen Sportsplex to cover the Kinsmen Flying Fins competitive swim team, it’s a matter of wandering out on the deck, touching base with the coach and going from there.

But these are not normal times.

The first indication is the raft of signage when you walk into the building, laying out all the COVID-19 precautions that are in place. Then there’s the sign in the lobby saying ‘Only members of the Kinsmen Flying Fins past this point’. As you head out onto the pool deck with head coach Gord Shields, you put on your mandatory mask, followed by a list of screening questions and a temperature check. Then it’s all about social distancing as you take in the action in the pool.

All precautions that are designed to keep everyone safe — and precautions the Fins are more than happy to be a part of given the fact they’re back in the pool after too many months away.

“We’re back in the water training and our swimmers are happy about that after being out of the water for about five months,” Shield said. “So it’s really exciting for us to be back at it. Training is going really well.”

The Fins, like every other sport, were completely shut down when the COVID-19 pandemic hit high gear, and only returned to the water a couple of weeks ago. That’s a long time without training for their cadre of elite-level swimmers, leading to their coaching staff taking things plenty easy in the early going.

“We have to be very careful of injuries, especially shoulder injuries,” Shields explained. “Swimming is such a competitive sport with what they do in the water, so we’re very conscious of that. And it’s definitely a challenging time for a coach to keep them engaged and focussed, as it is with other sports when there are no competitions in the near future at all.”

All meets for the foreseeable future have been postponed or cancelled, with nothing expected until December at the earliest and most likely nothing until some time next spring. 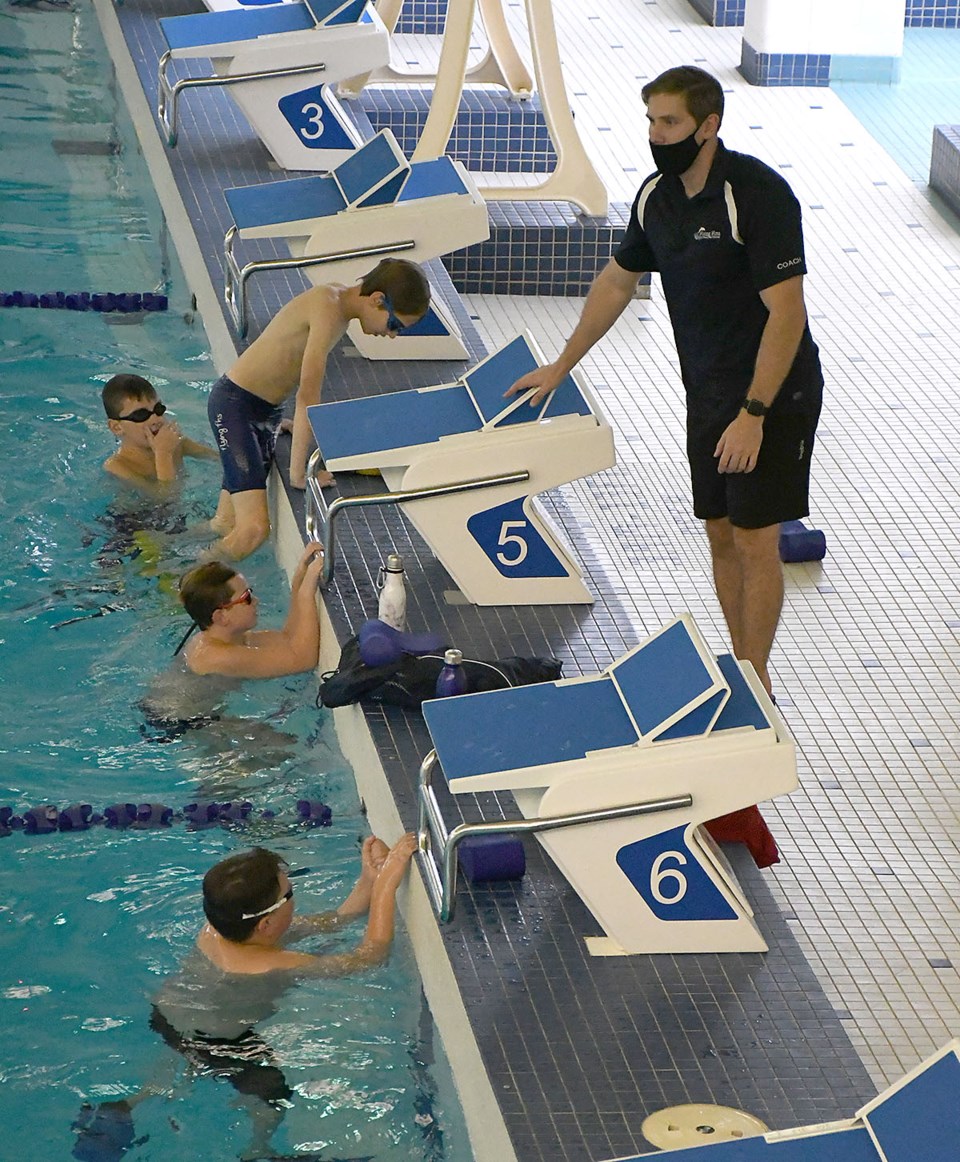 Moose Jaw Kinsmen Flying Fins coach Joel Guillemin on deck with some of the team’s younger swimmers on Tuesday afternoon.

“It’s such a great motivator for them to be able to do that, go to meets and see how much they’ve improved, have some fun and see the reward for the effort they put in every day,” Shields said. “What we’re doing right now is a lot of technical work, and with that, the coaches are engaging the swimmers and constantly giving feedback and working with them. It’s a different environment we’re in, too (with all the precautions), so it becomes a challenging situation for the coaches to try and keep that motivation and feedback going.”

To that end, the team’s 45 swimmers have been working with Shields’ protocol testing, under the guidance of himself and assistant coaches Joel Guillemin and Amberlee Doucette. The system gives swimmers feedback on how their times look compared to past performances and will provide a valuable resource without competitions.

“We started to do that this week and so far the results have been encouraging,” Shields said. “They can see some improvement from where they were last season or even the year before that. It’s a great way to keep them engaged and motivated.”

“It’s going to be busy when we get going again,” Shields said. “We’ve got the provincial championships in March, the junior provincials in Moose Jaw in March, the Olympic trials, North American Indigenous Games, Saskatchewan Summer Games, Canada Games, junior nationals and senior nationals. We’re going to have swimmers at every one of those competitions to it’s going to be a really exciting year when everyone gets going.

“Now is the time for them to get that training done and get ready, get back into shape when things start up that are huge and major in 2021.”