'Joker' tops Oscar nominations with 11; 3 other films get 10 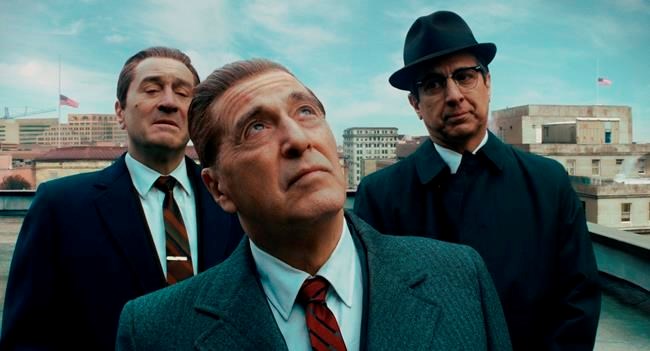 Those four were among the nine films nominated for best picture, in nominations announced Monday to the 92nd Academy Awards. The others were: “Parasite,” “Little Women,” “Marriage Story,” “Jojo Rabbit” and “Ford v Ferrari.”

While “Joker” was expected to do well Monday, the academy's overwhelming support for a movie that was far from a critical was unexpected. The film's nominations included best actor for Joaquin Phoenix and best director for Phillips.

For the 87th time, the academy selected all-male directing nominees despite a year in which women made historic gains behind the camera. The most likely candidate was Greta Gerwig (“Little Women”), who was the last woman nominated, two years ago for “Lady Bird.” “Congratulations to those men,” said Issa Rae, who presented the nominees alongside John Cho.

The nominees for best supporting actor are: Tom Hanks, “A Beautiful Day in the Neighborhood”; Anthony Hopkins, “The Two Popes,”; Brad Pitt, “Once Upon a Time ... in Hollywood”; Joe Pesci, “The Irishman”; Al Pacino, “The Irishman”.

The nominees for documentary feature are: “American Factory”; “The Cave”; “The Edge of Democracy”; “For Sama”; "Honeyland."

The nominees for best animated feature film: “How to Train a Dragon: The Hidden World”; “Toy Story 4”; “I Lost My Body”; “Klaus”; “Missing Link.”

This year's nominees will for the second straight year go without a host.

The 92nd Academy Awards will take place Feb. 9 in Los Angeles at the Dolby Theatre. ABC will again broadcast the show, viewership for which last year rose 12% to 29.6 million.