Local musician Jared Dormer is now certified as a world record holder for his marathon drumming attempt earlier this year
May 7, 2021 12:30 PM By: Larissa Kurz

From now on, the City of Moose Jaw will be the home to another world record, as it is now the site of the world record for the longest time spent playing a box drum.

Guinness World Records has officially confirmed that local musician Jared Dormer has successfully set the world record for the longest marathon playing a cajon for the first time in history.

“It feels so good,” said Dormer, of the official certification. “It was always a little nerve-wracking, after putting in all that time and letting it be in the hands of Guinness to make sure I had all my Ts crossed and Is dotted, so it’s really nice to know I did everything right.”

Dormer made his marathon attempt on Jan. 15, where he spent the next 25 hours, 42 minutes and 34 seconds playing the box drum to conclude on Jan. 16.

The entire event was live-streamed on Facebook, as he was unable to welcome a live audience due to public health restrictions, and under the watch of carefully selected eyewitnesses.

Prior to Dormer, no one had successfully attempted the record before, which makes him the first person to ever hold this particular title.

“It feels pretty cool,” said Dormer. “To know that I’m the first person in the world to ever do this is pretty surreal (and) it kind of blows my mind sometimes when I think about it.” 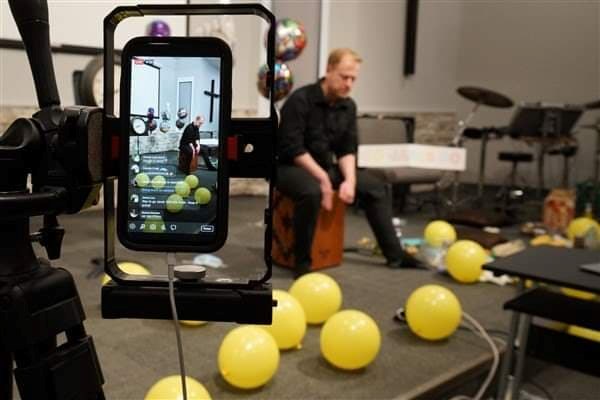 It took several weeks to gather all of the information needed to submit his attempt, said Dormer, as he had to include extensive logbooks with details down to the second, as well as all 26 hours of video footage.

“Every song that was done, every rest break, they had to be written down to the exact second. The name of the artist, the song title, every bathroom break had to be logged,” said Dormer.

Several more weeks passed while he waited for Guinness to check his work, but the verdict finally came back as a positive one — much to Dormer’s relief.

“It was almost more work to get it set up than it was to actually play,” joked Dormer. “All that work and you just hope you didn’t miss one little thing in pages of documents you have to follow in order to be certified.”

Although Dormer took a break from the cajon following his attempt, only picking it back up recently, he said the experience was one he doesn’t regret. He’s already framed the official certificate, which will hang in a place of honour in his home.

“It’s going up alongside some other records from our bands and things, and it’s going to be high up in our house,” said Dormer. “So I can just slowly walk by it every once in a while.”

And, now that the dust has settled, he alluded that this may not end up being his only world record.

Dormer said he is still interested in pursuing a few other drumming world records in the future, including a group record involving multiple drummers playing a cajon for an extended period of time.

“There’s also another one, with the traditional Irish drum, the bodhran, that’s never been attempted before, so that one’s up there ready to be taken, too,” said Dormer.

But for now, Dormer is happy to be included on the Guinness World Records website — and potentially in the next edition of The Guinness Book of World Records — and Mac the Moose will have to get used to sharing the spotlight with another world record holder in Moose Jaw.