Hunt excited to be named 34th captain in Warriors history 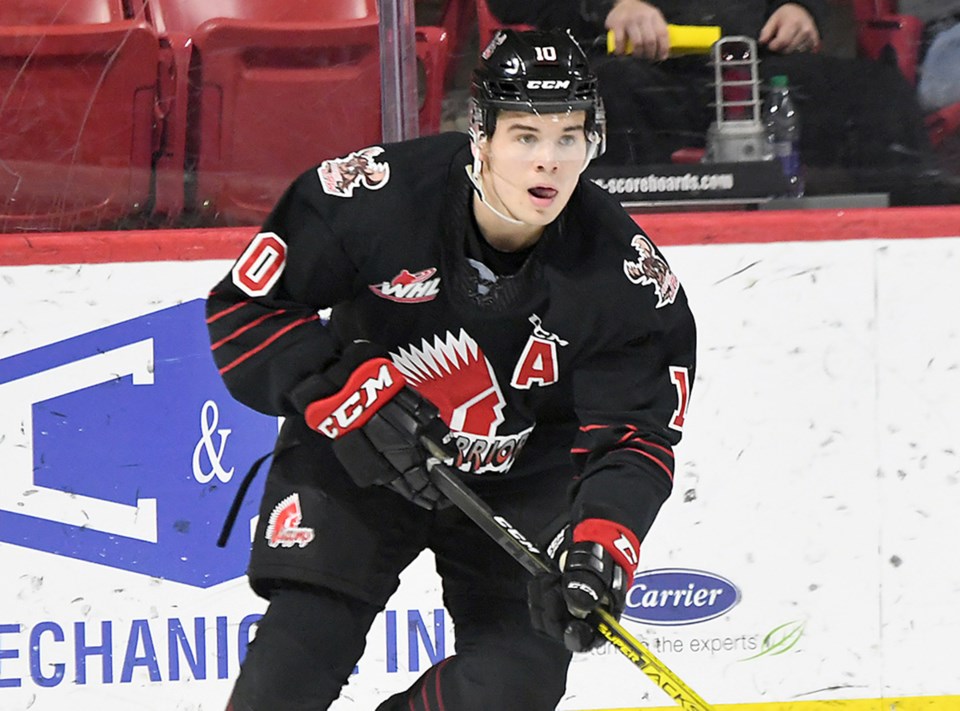 The Warriors announced Thursday that Hunt, 18, will serve as the team’s 34th captain in team history, with 20-year-old Tate Popple, 19-year-old Logan Doust and 18-year-olds Ryder Korczak and Calder Anderson holding the roles of assistant captain.

“Leadership is all about influence,” said head coach Mark O’Leary in the press release making the announcement. “Daemon’s attention to detail, professional preparation, and unmatched compete level make him a natural leader. I know Daemon is excited and is ready for the responsibility.”

For his part, the Minnesota Wild prospect admitted it was a huge honour to follow in the footsteps of some of the most revered players in team history, many of whom are enshrined in the Warriors and Legends Hall of Fame.

“Obviously when I first got the phone call, it was at first a lot of emotions, but it’s really special,” Hunt said from his home in Brandon. “It’s humbling, it’s a privilege to wear a ‘C’ in hockey and all sports. So it’s really important to me and I’m really excited to get back with the guys as well.”

Hunt himself knew his role as a leader on the team would be increased dramatically this season, but earning the ‘C’ makes it that much more important.

“Obviously I have a lot of confidence in myself and every year I’ve taken a bigger role and this year I’ve taken the biggest step so far,” he said. “But, honestly, everyone is a leader in that locker room, even though I’m wearing the ‘C’. Everyone has a role to be a leader, but now I’m just going to have to step up that much more when I’m needed.”

One thing helping him in that direction is how much hockey he’s played already, something many of his teammates and opponents haven’t had the opportunity to do.

In addition to his time with the Virden Oil Capitals of the Manitoba Junior Hockey League in early December and Team Canada later that month, Hunt also just returned from a three-game stint with the Iowa Wild of the American Hockey League, offering his first official taste of professional hockey.

“That was a big step for me, playing with them, and I learned a lot while I was there and my game definitely developed, so I think that helps out the situation a lot,” Hunt said. “Now I’m just really thrilled the Western Hockey League is starting now.”

The tough thing about it all is this is happening in the era of COVID-19. And that means lots of time spent in isolation to deal with all the travel — a half dozen times at this point.

“I’m a professional quarantiner now,” Hunt said with a rueful laugh, adding that he’s in day two of 14 of the pre-season bubble quarantine. “It started right when I landed earlier this week... it obviously isn’t the best situation and there’s nothing I can do, I’m just excited to get out of here and get into Regina.” 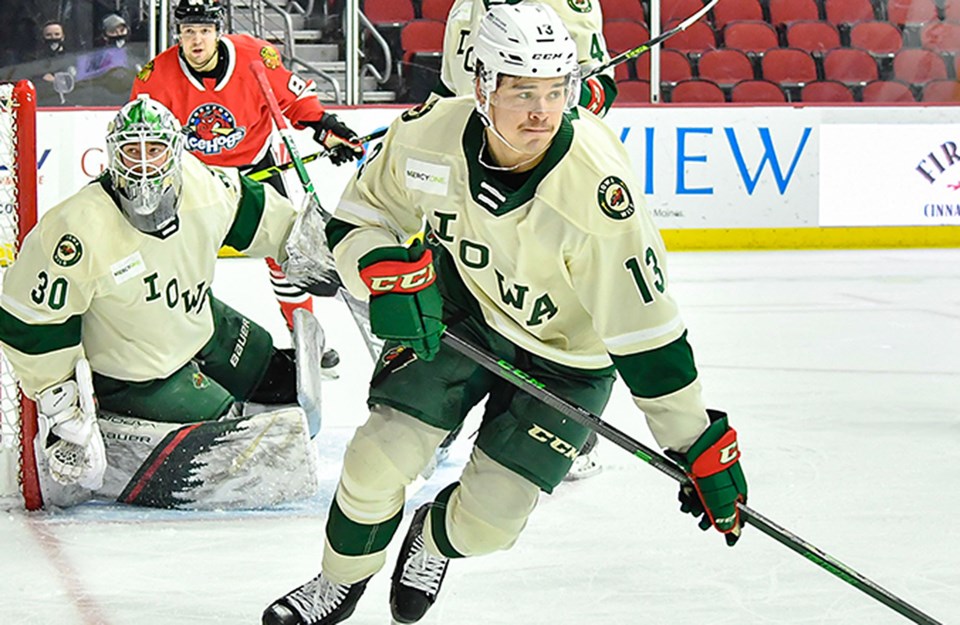 Daemon Hunt in action with the AHL's Iowa Wild a little over a week ago. AHL.com photo

Outside of it being the only time Hunt will ever express excitement over going to Regina, the bubble experience is something he’s looking forward to, especially having been a part of a similar situation back with the World Junior crew in a lockdown that lasted nearly a month.

“I’ve been through it all and I know what a bubble is like, so I can definitely bring some of that to the Warriors and the coaching staff as well,” Hunt said. “(General manager) Alan Millar was in the bubble with me as well, so he has an idea also. I think it’s a little bit stressful and overwhelming to be in a bubble, but honestly it doesn’t get much better when you get to play hockey. We haven’t played in over a year as a team, being with the guys, we’re all family and you can’t get much better than that.

“I think it’s going to be a great experience for everyone, too. Hopefully this is the only time we go into a bubble like this in our entire lives, so we’ll try and take advantage of it and enjoy it at the same time.”

When it comes to what happens on the ice, it’ll be an absolute sprint to the finish. The 24-game schedule kicks off in three week’s time, which won’t give a lot of leeway for gradual improvement -- teams will need to show what they have, and quick.

“I think this season is important, it’s only 24 games, but at the same time we’re building for next year,” Hunt said. “Hopefully next year it’s back to the norm, but we got a year older this year and we’ll be another year older next year. I think we’re going to get that much more experience and we’re going to be that much better. I’m excited for it and so should the fans.”

Having gone through their tough run with the youngest team in the CHL last season, that experience will only help.

“We learned from last year, we learned from losing every night and we’re just thrilled to be back, honestly,” he said. “I wish we could be playing in front of our fans again, but that’s not the case yet. We just have to develop as a team and individuals and get that much better.”

As for his personal goals, with his Draft season behind him, now it’s all about consistent improvement and regaining the team’s winning ways.

“I think now it’s just developing every single day, and at the end of the day I’m playing for the Moose Jaw Warriors and I’m here to win,” Hunt said. “Every day I want to work as hard as I can and be consistent and help the team win that’s the most important thing.”