No leagues and special restrictions in place for the time being, but still plenty of action at the local courts
May 7, 2021 5:50 PM By: Randy Palmer 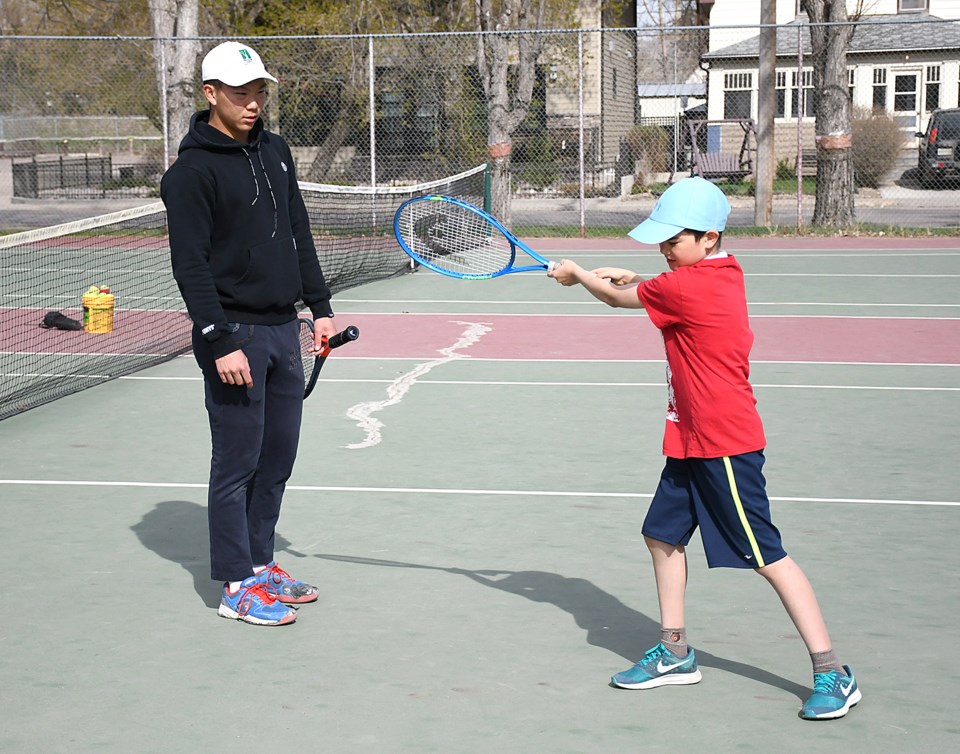 Players are out hitting balls, playing games and taking lessons, doing what they can to stay active even if their regular leagues and other organized events are currently sidelined due to the ongoing pandemic.

The good news is the light at the end of the tunnel when it comes to vaccines. But until the the all-clear is given, staying safe remains a major priority for the five-court hardcourt facility located at the east end of Crescent Park on Third Avenue N.E.

“There are still a lot of restrictions for us, and I don’t know if we’ll be at full force until we get into the third week of June and Phase 2, hopefully,” said Andy Shepherd with the MJTC. “Other than that, we’re kind of limited how many people can play and that kind of stuff.”

Players can play singles games as they wish while doubles teams must be from the same household. The club is also able to teach lessons, with the maximum of eight players and two coaches on the court at any time familiar to anyone who played hockey over the last five months.

In the clubhouse, anywhere that is touched is disinfected at least twice a day, which was what Shepherd was in the process of doing when he talked to MooseJawToday.com on Friday afternoon.

The key now is to have the weather warm up and more players get a hankering for the game.

“There are a few who haven’t joined yet because they like playing in the leagues, and we can’t have those just yet,” Shepherd said. “We’re probably about 20 members short at this point, some of them don’t want to come out because of COVID and are staying away from everything, and I don’t blame them.”

The MJTC remains a private club, meaning those who aren’t members can’t play unless they’re brought in as a guest. That’s helped keep things orderly through the pandemic era, and once things have improved, the club is hoping to see an influx of old members returning and new members signing on.

“People have been out as much as they can, but the weather has been terrible, too, so that hasn’t helped,” Shepherd said. “But it’s picking up now, especially as it gets warmer and people are eager to get out.”

To become a member, simply fire off an e-mail to the club at moosejawtennis@yahoo.com or give them a shout at (306) 500-1726 for more information.

Court bookings are also currently being taken, with members able to sign up in 15-minute slots at www.holdmycourt.com/reserve2/mjtennis.

For more information on the Moose Jaw Tennis Club, be sure to keep an eye on their website at https://tennismoosejaw2.wixsite.com/home/.