A Salute to Conway Twitty and Loretta Lynn is Tre Twitty and Tayla Lynn’s ode to their incredible grandparents, something that they love to share with fans who appreciate the famous duo to this day
Sep 25, 2019 5:00 PM By: Larissa Kurz 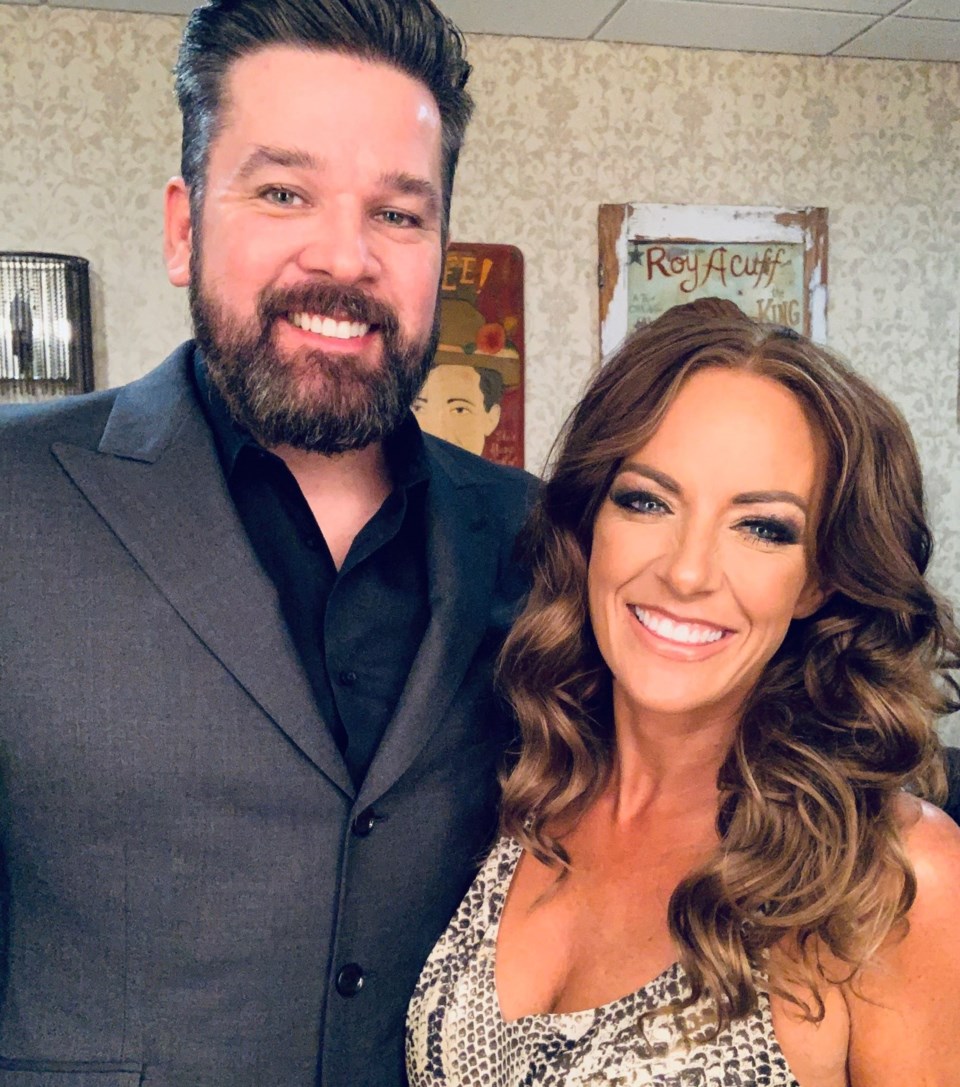 Tre Twitty and Tayla Lynn at the recent Nashville Songwriter Awards on Sept. 17, where Loretta Lynn was presented with the Kris Kristofferson Lifetime Achievement Award and Tayla opened the show with a performance of “Coal Miner’s Daughter.” (supplied)

The iconic duo of Conway Twitty and Loretta Lynn made an unforgettable impression on the country music industry, and now their legacy is back on tour with their grandchildren taking up the microphones.

Conway’s grandson Tre Twitty and Loretta’s granddaughter Tayla Lynn have been performing as a duo since 2017, animating the music of their grandparents for loyal fans across North America. They took the stage for over 100 shows last year, and have yet to slow down.

The show isn’t about impersonating the country legends, but rather about celebrating their careers and the incredible partnership between Conway and Loretta — one that has again brought together a pair of talented Twitty and Lynn musicians.

It’s not a tribute show, laughed Lynn, because Loretta said it can’t be.

“It's actually called ‘A Salute to Conway and Loretta’ because Memaw says that she's not dead yet, and that's what a tribute show is,” said Lynn. “She said she ain't having it.”

Twitty and Lynn perform all the familiar hits from throughout the long discography of the historical duo, and even share memories and stories about their respective grandparents. Twitty talks about his Poppy’s influence and career, and Lynn shares what it’s like having a Memaw like hers.

“Trey will take you on a journey through Conway's life. . .  and he's just such an eloquent speaker that it's a cool ride to go on with him,” said Lynn. “My conversations with the audience are more in an intimate way, about who [Memaw] is as a woman and as a grandmother and a friend.”

Lynn said she takes the stage with Memaw’s “seal of approval,” which means a lot after having spent so much time with her father and Loretta on the road as a child and working so hard at her music.

“That seal of approval means everything, and so we go out there and we give it everything we have, every show, because it's not about us at the end of the day,” said Lynn. “It's about carrying on their legacy.”

Seeing the audiences continue to pack venues and shout requests is a perfect example of why Lynn continues to do what she does, alongside Twitty.

“Everyone claps and laughs and yells and gets on stage, and we have audience participation, so it's a good time,” said Lynn. “Every time I go to Canada, [Memaw] says, 'Tell them I love them, because the Canadian people are the ones that made my career.'”

She revealed that she and Twitty are even working on an album as a duo, recording some deep cuts from Conway and Loretta’s anthology of duets to release sometime next year.

“We are sort of finding their obscure, funky duets that they did together and we're making a record,” said Lynn, calling it the natural progression of their show. “One that we just recorded is called ‘Spiders and Snakes,’ which probably a lot of people haven't heard that one before.”

Twitty and Lynn hope to see a theatre-full of faces when they stop in Moose Jaw on Oct. 8, ready to reminisce on the incredible friendship that has kept these two families connected for so many years.

Conway and Loretta fans can expect to hear all of their favorites, including “Coal Miner’s Daughter,” “Hello Darlin,’” and “Louisiana Woman Mississippi Man,” to name a few. The duo has 10 studio albums of music recorded together and an impressively high amount of number one hits to choose from.

“Narrowing the show down to two hours was a feat in and of itself,” said Lynn. “Most every song that you hear, you're going to know.”

Tickets for the show are still available either through the Cultural Centre’s website, or the Box Office either in person or at 1 (306) 693-4700.