'There are thousands and thousands of officers in this company ... so to be named Railroader of the Year is truly an honour'
Apr 5, 2021 9:15 AM By: Jason G. Antonio 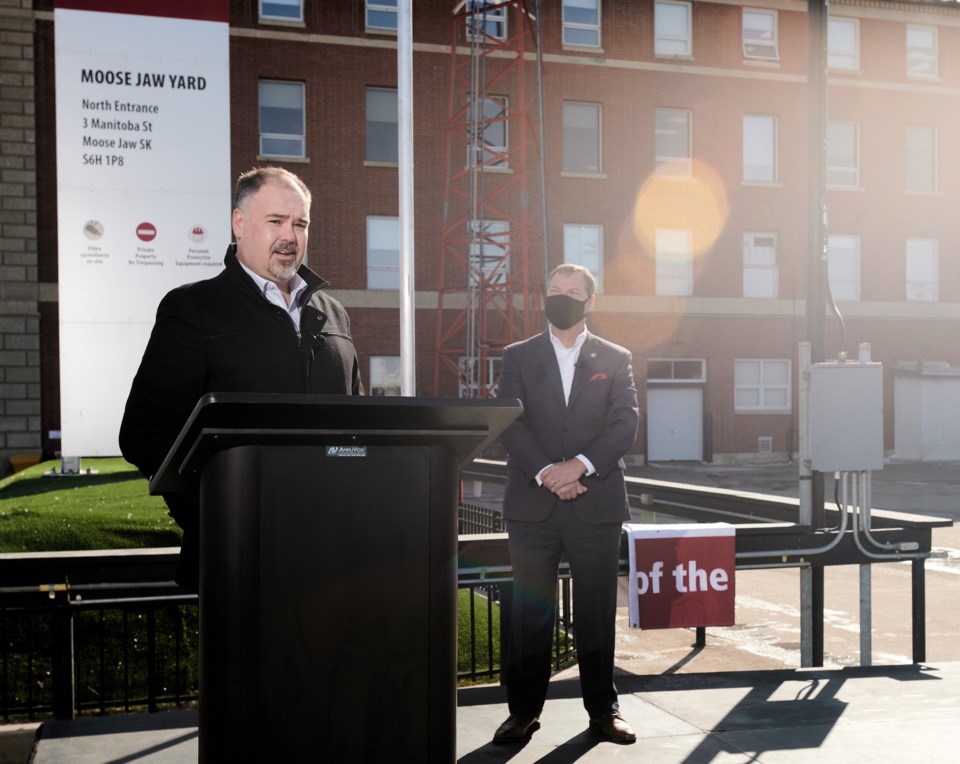 The general manager of Canadian Pacific (CP) Railway’s Moose Jaw terminal has been recognized as the company’s 2020 Railroader of the Year, an award that honours “the best of the best.”

“It’s a little mind-blowing. I’m still reeling from it … ,” said John Bell, general manager, Prairie south region. “There are thousands and thousands of officers in this company who go in day in and day out who do what they can for the betterment, so to be named Railroader of the Year is truly an honour. And really, you’re now among the best of the best.”

Bell appreciates the support he receives from his family, he continued. He married into a family of railroaders and joined CP Railway 16 years ago. He has enjoyed working with the company for nearly two decades. His career has provided him an opportunity to see many parts of Canada.

Bell worked as a locomotive engineer for the first 10 years of his career, while he has worked in administration for the last six years. He moved to Moose Jaw in December 2018 and was named a superintendent before being named the general manager of the Prairie south region last February.

“It has been an exciting career,” he remarked. “I’ve seen a lot of the network, and I can’t wait to see what my journey brings me next.”

This is the first time Bell has won this award. CP announced that he was being given the award on March 31, the same day the company announced Moose Jaw was the 2020 Terminal of the Year.

The annual Railroader of the Year award is based on what an employee does for the company and how that person personifies CP’s five foundational pillars, explained media relations specialist Mallory McCredie. Those pillars are to provide service, optimize assets, control costs, operate safely and develop people.

Bell is excellent in all five areas, but his ability to develop people is his strongest skill, she continued. Since 2020 was a stressful year, more emphasis was placed on the people who run the railroads since they are considered essential workers.

“John just did a bang-up job making sure that people had what they needed (and that) they felt supported,” McCready pointed out. “He provided leadership (and) he provided guidance all across the terminals and across the network. He really helped carry CP through 2020.”