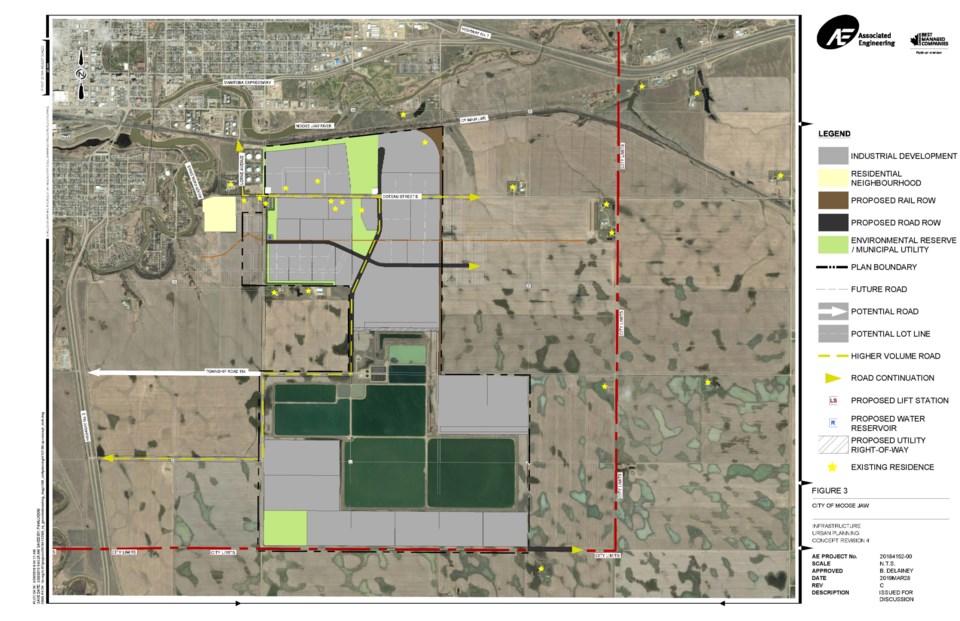 Carpere Canada might have become the main developer of the Southeast Industrial Park by buying all the available land there, but it has not yet paid in full for that purchase.

Carpere Canada — a private investment and management company that focuses on agricultural opportunities — and the City of Moose Jaw signed an agreement in May that saw Carpere purchase 312 hectares (780 acres) of land at the industrial park for $7.8 million, making it the largest land deal in the history of Moose Jaw.

Both parties then signed a purchasing agreement, master development agreement and servicing agreement in July that allowed Carpere to proceed with the next phases in the development of the area. The developmental levy fee on the 780 acres, at $49,000 per acre, could generate $38,688,000 for the municipality if Carpere develops the land in the next 10 years.

The private investment company put down a deposit of $780,000 to secure the land, with $200,000 of that non-refundable. As part of the purchase agreement, the company signed a contract with a defined due diligence period and a defined closing date deadline. This means full payment is not due until the closing date.

Coun. Brian Swanson raised the issue of Carpere not paying the full amount of $7.8 million during city council’s Aug. 12 regular meeting. City administration confirmed that this was true.

“To me, purchase means we would have received the money. And when we only have a non-refundable deposit of $200,000, wording becomes important. This becomes a record of the city,” Swanson said. “As I used to be told by a former member of council, ‘Many a slip between the cup and the lip.’

“I don’t think the wording is justified in the circumstances. The purchase is complete when the money is paid.”

The agreement with Carpere is an agreement to purchase, confirmed city manager Jim Puffalt. The company should begin performing its due diligence on this project by the end of October. Everything else seems to be going well so far.

The next regular council meeting is Monday, Aug. 26.