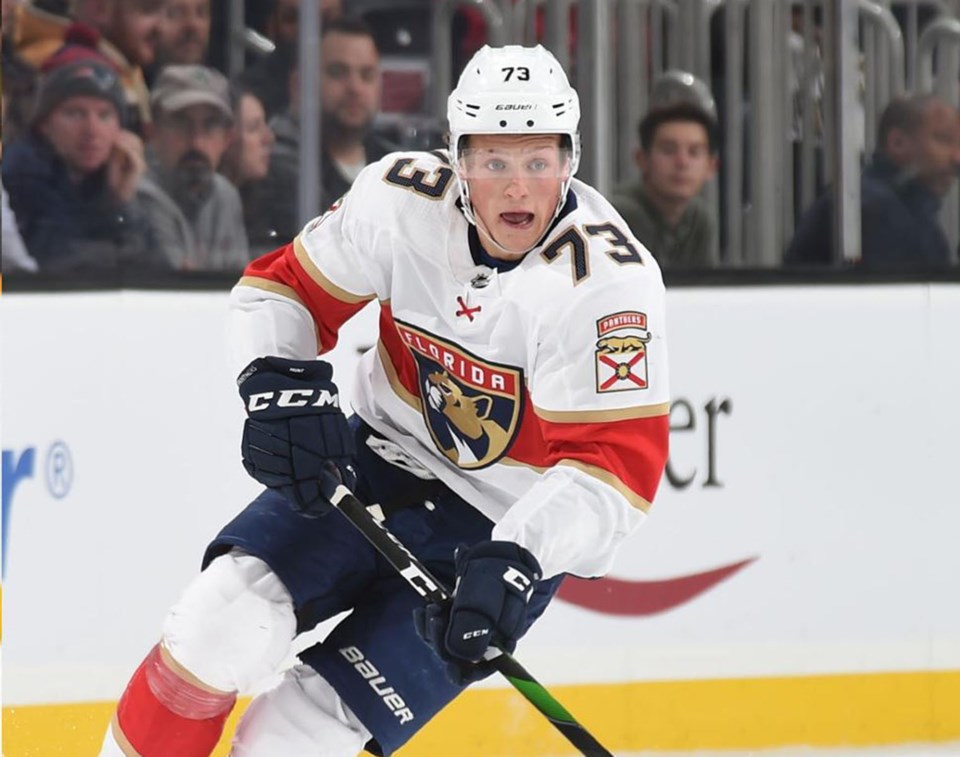 The Arizona Coyotes announced Saturday they had signed the 24-year-old to a one-year two-way deal, marking the end of Hunt’s time in the Florida Panthers organization.

Hunt split the previous three seasons between Florida and their AHL affiliate in Springfield, Mass., putting up 13 goals and 29 points in 35 games with the Thunderbirds in the 2019-20 season to go along with four assists in 21 games with the Panthers.

Hunt played a single season with the Warriors in 2015-16, but oh what a season it was.

Joining the team as an overager from the Medicine Hat Tigers, Hunt would put together what was at the time one of the best 20-year-old seasons for the Tribe in years, putting up 58 goals and 116 points while playing all 72 games of the campaign, finishing second in Western Hockey League scoring and leading the league in goals.

That got the NHL’s attention, and Hunt would sign a free-agent deal with the Panthers on Mar. 2, 2016.