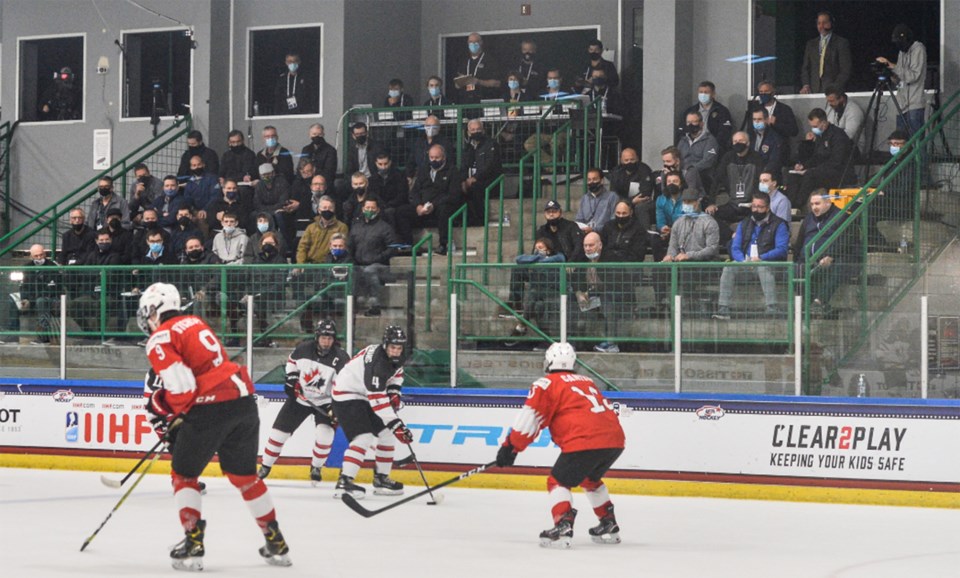 Ceulemans would score his team’s sixth goal and finish with three points on the night as Canada rolled to a 7-0 victory over Switzerland in Frisco, Texas.

The 17-year-old Regina product was selected in the fifth round, 100th overall in the 2018 WHL Bantam Draft, but opted to go the NCAA route and has since suited up for the Brooks Bandits in the AJHL. The decision certainly hasn’t hurt -- Ceulemans is ranked as high as 11th overall by scouting organizations for the 2020 NHL Entry Draft.

Warriors defenceman Denton Mateychuk was also in action, but didn’t figure into the scoring.

The news was also good for Warriors goaltending coach Matt Weninger, who is serving the same role for Team Canada and saw Seattle Thunderbirds netminder Thomas Milic turn aside all 11 shots he faced to earn the shutout.

The win saw Canada improve to 3-0 in Pool A, locking down first place and setting up a likely showing against Warriors forward Martin Rysavy and the Czech Republic in the quarter-finals on Monday.

There’s still business to attend to before that, though, as Canada closes out the round robin against Belarus on Saturday night.

Rysavy and the Czechs also are in action Saturday as they play their final prelim game against Russia. The Czech Republic is 1-1-1 and sits two points back of the U.S. in Pool B.

The tournament semifinals are set for Wednesday, with the medal games taking place Thursday.