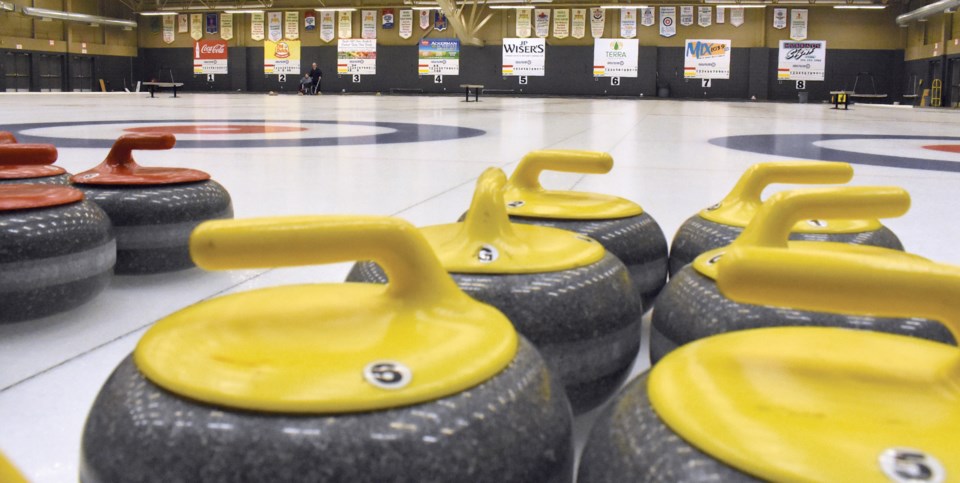 The second night of competition in the Original 16 Cash League at the Moose Jaw Ford Curling Centre saw plenty of relatively close contests, and by the time the smoke cleared, five teams found themselves tied for first place with 2-0 records.

Perennial league contenders BTN Accounting (Danielle Sicinski) were one of those teams after picking up a 5-1 victory over ProTec Video (Wade Gray, 1-1). Sicinski got off to a fast start in the contest, picking up two in the first end, stealing two in the second and another in the third for a quick 5-0 lead. Gray would get one back in the fourth, but after Sicinski blanked the fifth, the two rinks brought things to an early end.

Easy Care Living (Lorraine Arguin) also sits tied for first, but found herself in a much closer game against Paws N Play (Donna Ackerman, 0-2). Things were tied 3-3 through five ends when Ackerman held Arguin to a single point, but Arguin was able to steal one in seven to go up 5-3. It was Arguin’s turn to play solid defence in the final end, holding Ackerman to the single andm taking a 5-4 win.

Matt Froehlich (2-0) got off to a fast start against KalTire (Rob Sokchoff, 1-1) and would go on to a comfortable 7-2 victory after taking two in the first, stealing four in the second and another in the third for a 7-0 lead. Sokchoff got two back in the fourth before calling things early.

Ben Gamble’s KMS foursome (2-0) used a pair of big ends to hold off EMJ Marketing (Joe Gunnis, 0-2). The two teams exchanged three-enders in the first two frames before a deuce in the third put Gamble up 5-3. Gunnis would settle for one in the fourth, but another Gamble three-spot the next end would extend his lead to 8-4. Gamble would tack on a steal the next end and take a 9-4 win.

Pro-Tec Electric (Stan Barnsley) is the other undefeated rink, taking an 8-6 win over Walchuk Masonary (Tyler Krupski, 0-2). Barnsley built a 5-1 lead through four ends, but Krupski got right back into it with three of his own in the fifth. That 5-4 deficit wouldn’t last long, though, as Barnsley picked up three in the sixth to go up 8-4, and after Krupski picked up two the next end, would run him out of rocks in the final end.

John’s Music (Ryan Wenarchuk, 1-1) picked their first win of the season with an 8-5 win over Here for the Beer (Patrick Ackerman, 0-2). Wenarchuk scored three in the fourth to build a 5-3 edge, but Ackerman would tie things with a deuce of his own in the fifth. Wenarchuk was held to one in the sixth but would steal two the next end for their 8-5 lead and final score.