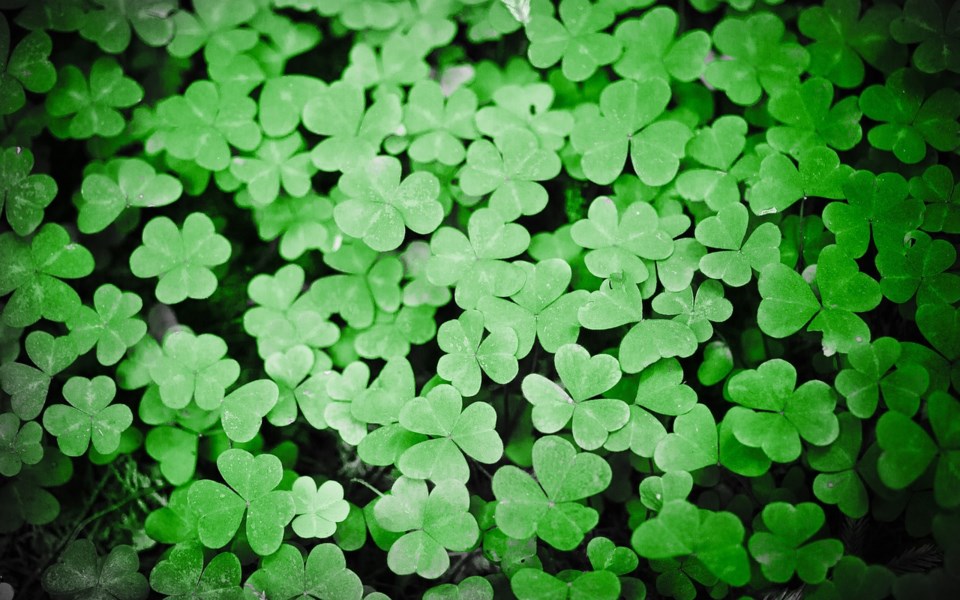 Tuesday is St. Patrick’s Day. Many of us will be celebrating all things Irish on this day.

While St. Patrick is Ireland’s patron saint, he is not the only famous person named Patrick. This week, we present five famous Patrick in honour of this special occasion.

Should Patrick Stewart be considered one of the finest actors of his generation? Make it so.

Stewart, an accomplished actor of stage and screen, is likely best known as Capt. Jean-Luc Picard from Star Trek: The Next Generation. He recently returned to the character for a new series known as Star Trek: Picard.

Aside from his time on board the USS Enterprise, he also played Professor Charles Xavier in several of the X-Men films. Stewart has acted in a variety of Shakespeare productions over the years and has even lent his voice to a number of animated shows (including, unfortunately, his role as “Poop” in The Emoji Movie).

In 1993 he was named the Best Dramatic Television Actor of the 1980s by TV Guide. He received a star on the Hollywood Walk of Fame in 1996 and was knighted by Queen Elizabeth II in 2010. In 1995, he won a Grammy for Best Spoken Word Album for Children (Peter and the Wolf).

Stewart is also a humanitarian. In particular, he speaks passionately regarding women’s rights and domestic abuse.

Were you Crazy for Swayze back in the day? You weren’t alone.

Swayze was a big name actor in the 1980s, starring in a string of hits that included Ghost, Road House, Point Break and, of course, Dirty Dancing. Swayze even wrote and recorded the hit song “She’s Like the Wind” from the Dirty Dancing soundtrack.

A sex symbol throughout the 80s and 90s, he was named People Magazine’s Sexiest Man Alive in 1991.

Throughout his career he received three Golden Globe nominations. He received a star on the Hollywood Walk of Fame in 1997.

Tragically, Swayze died of cancer in 2009.

Of course, there are plenty of other famous Patricks in hockey — including Patrick Kane of the Chicago Blackhawks and Patrik Laine of the Winnipeg Jets — but there are none more famous than St. Patrick himself.

As a coach, he won the Jack Adams Trophy as the NHL’s Coach of the Year in 2014 and guided the Quebec Remparts to the Memorial Cup in 2006.

Not a bad career.

Aside from perhaps Alex Trebek, Pat Sajak is one of television’s most popular and enduring faces.

Born Patrick Leonard Sajdak, he is a former TV weatherman who has served as the host of Wheel of Fortune since 1981. He has won the Daytime Emmy Award for Outstanding Game Show Host on three occasions (1993, 1997, and 1998). He has been nominated for the award 14 times — only Bob Barker and Alex Trebek have received more nominations. Sajak was honoured with a Lifetime Achievement Award from the Daytime Emmys in 2011, alongside Trebek.

In 2019 Sajak was awarded the Guinness World Record for “Longest Career as a Game Show Host of the Same Show.”

An illness late last year kept him off Wheel of Fortune for a while — Vanna White stepped in to take over as host — but he has since returned to the long-running show.

He may be a fictional character, but there is no doubt that, for people of a certain age, Patrick Star is as famous as anyone on this list. If nothing else, you have probably seen the character featured in a variety of popular internet memes.

Patrick, SpongeBob SquarePants’ dimwitted companion and neighbour, is an affable character who often delivers some of the show’s biggest laughs. While he excels at “doing nothing,” he is a great friend…even if he sometimes messes up or lets his anger get the best of him.

The hit show has been on the air since 1999 and Patrick has appeared in nearly 250 episodes. Patrick has also been featured in two feature films, with a third planned for release later this year. The show itself has been nominated for 10 Primetime Emmy Awards and has won four Daytime Emmys. That’s a lot of Patrick.