Fines for off-leash dogs should be higher, police board member says 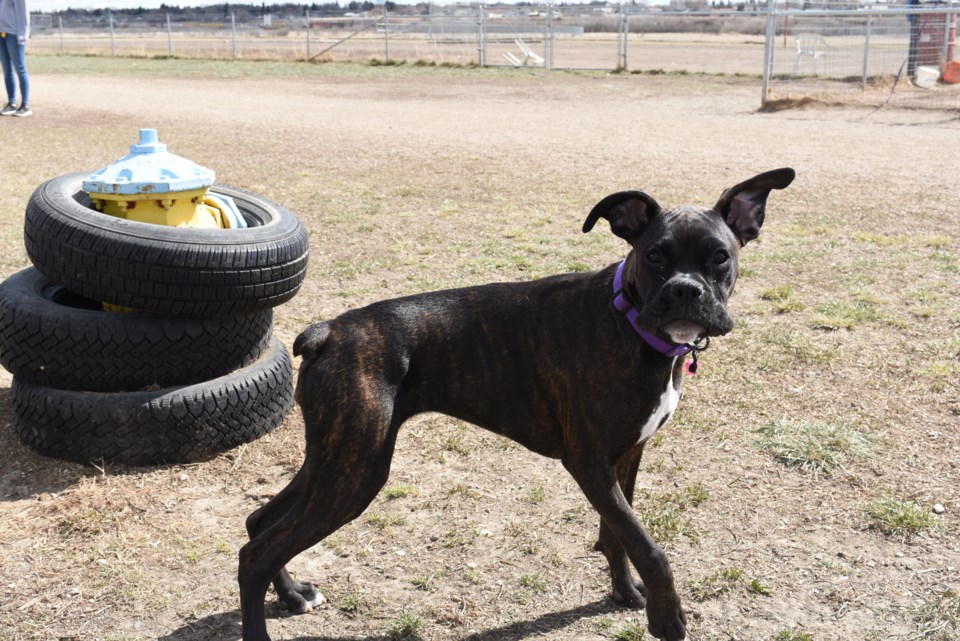 Dogs are allowed to run off-leash at the two designated dog parks, but not anywhere else in the city, according to The Dog Bylaw. Photo by Jason G. Antonio

With many dogs running off-leash throughout the community, a member of the Board of Police Commissioners would like to see an increase in financial penalties given to dog owners.

The Moose Jaw Police Service provided a copy of The Dog Bylaw No. 4495 to the police commissioners during their June 8 meeting. This was in response to an inquiry during the April meeting when Commissioner Dawn Luhning wondered how the city handled off-leash dogs and how the rules were enforced after receiving complaints from residents.

“I ran into one (off-leash pooch) this morning. Same guy walks his dog off-leash, and here I am being the responsible pet owner and guess who’s going to be blamed if something happens,” she chuckled. “I don’t know where to go from here, but personally, I don’t think the fines are high enough. Maybe we as city council need to look at increasing the fines.”

There has been an increase in untethered dogs throughout the community, Luhning reminded the board. Dogs are not allowed to be off-leash unless they are in the two designated parks.

Section 32 (1) of the bylaw allows a peace officer or other authorized person to issue fines from $40 to $60 to dog owners for having off-leash animals.

Some dogs could be classified as off-leash even if they are on a leash, based on one section of the bylaw, Commissioner Doug Blanc said. That section says a dog is technically off-leash if the leash or cord is longer than two metres.

“I’ve seen people walk where … they’ve got 50 feet of cord out there, (so) that’s still classified as an off-leash dog,” he added.

Deputy Chief Rick Johns provided a copy of the bylaw and highlighted some parts in his report to the board.

Section 12 allows for the animal control officer or any police constable to capture or seize any dog found running at large contrary to the bylaw, although in practice, the Humane Society normally does this, Johns’ report said.

The bylaw enforcement officers can authorize any person — including themselves — to investigate and enforce the bylaw, including off-leash violations, the report continued. However, it appears most complaints are referred to the police.

A search of the Moose Jaw Police Service’s records management service found that in 2020, police responded to 99 barking dogs, 33 dangerous dogs and 53 other bylaw infractions, with three being for off-leash dogs.

The police will respond operationally to off-leash dogs and other bylaw complaints based on the availability of officers and at the discretion of a dispatcher and/or watch commander, the report said.

Council last amended The Dog Bylaw on June 9, 2014, while the police service would be willing to provide feedback on future amendments, Johns’ report noted. This would include Section 29, which states, “Every dog that is found off the premises upon which it is habitually kept, without a tag and not under the control of any person, may be killed by the Chief of Police or his designate.”

“In practicality, this would never be considered unless the dog was dangerous and a threat to the safety of people or other animals, which is covered under the Dangerous Dog Bylaw,” Johns added.

The next Board of Police Commissioners’ meeting is Tuesday, July 13.