Final dates of Phase Four announced for remainder of services

The last dates of Phase Four were announced today in a live press conference with Premier Scott Moe
Jun 30, 2020 5:53 PM By: Larissa Kurz 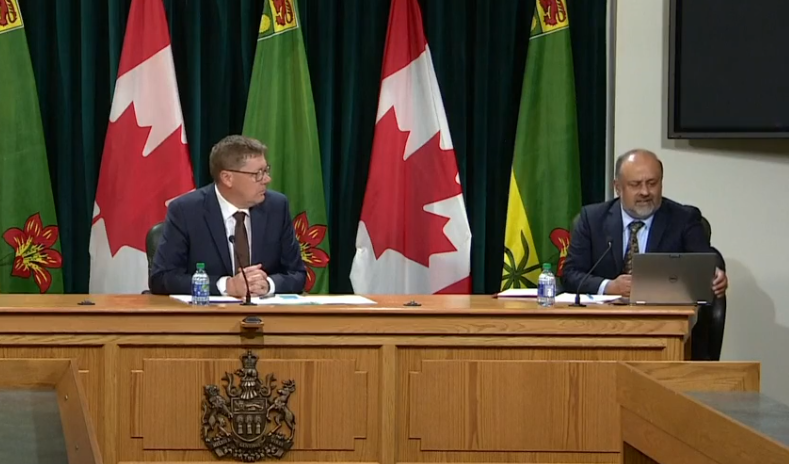 The second part of Phase Four began on June 22, giving the green light to libraries, museums, galleries, movie theatres and other entertainment theatres to reopen their doors to the public.

The next step of the plan will begin on July 6, when indoor pools and rinks will be allowed to reopen and resume provided they maintain sanitation practices and proper physical distancing protocols. Indoor sports and activities will also be allowed to resume during this stage.

The public health order limiting restaurants to 50 per cent capacity will also be lifted at this time, with dining rooms able to operate at full capacity as long as customers and staff are able to maintain two feet of physical distance during interactions. VLTs, pool tables, darts, arcade games, and other recreational areas will also become available.

Live entertainment in those establishments will be allowed to resume on July 16.

On July 9, casinos and bingo halls will be allowed to reopen, including all SIGA casinos as well as Casino Regina and Casino Moose Jaw.

The final stage of Phase Four will include racetracks and rodeo activities, with safety guidelines still under development at this time.

The limit on public gatherings will remain capped at 30 people during all of Phase Four. The dates for Phase Five are still under consideration and will address lifting restrictions on large public gatherings.

Shahab also said that masks will not be mandatory in all public places at this time, but that wearing a mask should be considered if two metres of distance is not possible and in places that request the practice.

The announcement concludes all of the businesses and services listed in Phase Four of the plan and puts Saskatchewan at nearly completely reopened after shutting down in March.

For more details about the guidelines for the new reopening dates of the Re-Open Saskatchewan Plan, visit saskatchewan.ca/COVID19.