The Festival of Words has released its schedule for this year's event, and fans won't be disappointed by the many events planned for the first-ever virtual version of the literary festival
Jun 3, 2020 10:00 AM By: Larissa Kurz 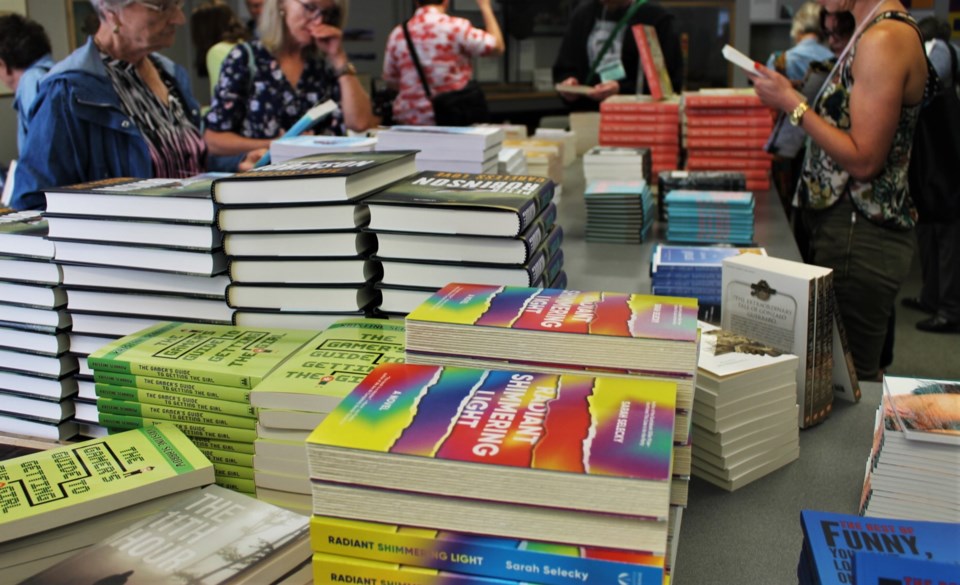 Festival of Words attendees will have to purchase their favourite author's works from either McNally Robinson or their local bookstore this year, thanks to the virtual platform the Festival is working with.

The 2020 Festival of Words season has officially begun, with the release of the festival’s full schedule of events on June 1.

This year’s festival will be a little different from usual, as the pandemic has prompted organizers to get creative and take the beloved literary event entirely virtual — but that doesn’t mean the schedule isn’t just as packed with fun literature-focused events as usual.

“I’m excited for everything,” said operations co-ordinator Amanda Farnel. “For all the people that have always wanted to come to the Festival and it’s never worked out, hopefully, this is the year you’ll be able to attend and see something you like.”

The usual four-day weekend event has been extended to cover a week from July 13 to 19, and will feature author readings, workshops, and performances that festival-goers have come to expect from the Festival of Words.

Organizers have yet another incredible lineup of Canadian authors, poets, and musicians joining this year’s Festival, and they are excited to see the Festival take shape in a virtual landscape for the first time ever.

All of the events this year will be taking place on the Festival of Words YouTube channel, as the planning committee felt it was the most universally accessible platform available.

Chat rooms will be live during all of the interviews, panels, workshops, and so on, with Festival staff moderating the chat and sharing it with presenting authors.

“You’ll still be able to ask questions to your favourite authors (and) interact with them like you normally would,” said Farnel. “We’re really trying to keep that (interactive) aspect alive.”

While the new virtual format certainly caused some hiccups in the Festival’s planning — especially as familiarity with technology became wildly important to have — the new format has also opened some doors for the event.

This year’s Kids' Ink workshop will be focusing on easy animation techniques with Miss Haley from the Moose Jaw Public Library, a medium that is entirely new to the Festival’s history.

“We’ve done zines and comics before, but not animation,” said Farnel. “It’s really hard to teach in person, but this is something that actually lends itself to the virtual world.”

The dramatic reading taking place this year will also be something different, as it will actually be prerecorded by the Hardly Art theatre company, and Farnel promises they are doing something really interesting.

The virtual format also hasn’t stopped the Festival from offering an evening of Saskatchewan music along with the literary events, as the Andino Suns will still be performing in a live stream directly from the stage of the Mae Wilson Theatre.

Fan favourite events of the Festival are still happening, such as Readception, the Great Big Book Club, and the Teen Writing Experience and read-out.

The many author Q&As are also still on the schedule. Usually featured on the Friday and Saturday of the Festival, this year they will span the entire week as a noon-hour series called Lunch is Lit.

A variety of workshops are back this year as well, with one scheduled for each day of the Festival — meaning it's entirely possible to take part in all of them this year.

Farnel is excited to feature two author interviews this year, with both Jay Ingram and Paul Seesaquasis, as well as a new version of the usual poetry slam event.

“Usually (the poetry slam) is kind of a competition, but this year we didn’t think that would lend itself well to a virtual setting,” said Farnel. “So we thought it would be interesting to get some of those same poets together to talk about the behind-the-scenes of what slam is and how it started, and how it’s different in the prairies as opposed to bigger centres like Vancouver and Toronto.”

In fact, Farnel and the rest of the Festival team are simply excited about every part of this year’s Festival.

“I think we have a really great lineup and I think they’ll work really well together. They’ve been really on board for everything,” said Farnel. “Releasing the schedule this year seemed more terrifying than normal, for some reason, (but) I am really excited about the different things we have planned.”

Registration is still required to tune into any of this year’s events and can be done through the Festival of Words website beginning on June 15.

All of this year’s events are free to attend, much to the excitement of organizers, but those considering taking part are still encouraged to consider making a donation to the Festival to help support next year’s 25th-anniversary event.

Attendees are also encouraged to purchase the works of their favourite Festival guest authors from either local bookstore Post Horizon Booksellers or online from McNally Robinson, where Festival patrons can identify as such during checkout to make sure part of the proceeds are returned to the Festival of Words.

A full schedule of events is also available on the Festival of Words website, along with more details about this year’s lineup of Canadian authors.