'What this government has done, instead, is bring forward a ban that does nothing — absolutely nothing — to combat violent crime by the use of illegal and smuggled weapons,' said Conservative MP Tom Lukiwski
May 4, 2020 12:09 PM By: Jason G. Antonio 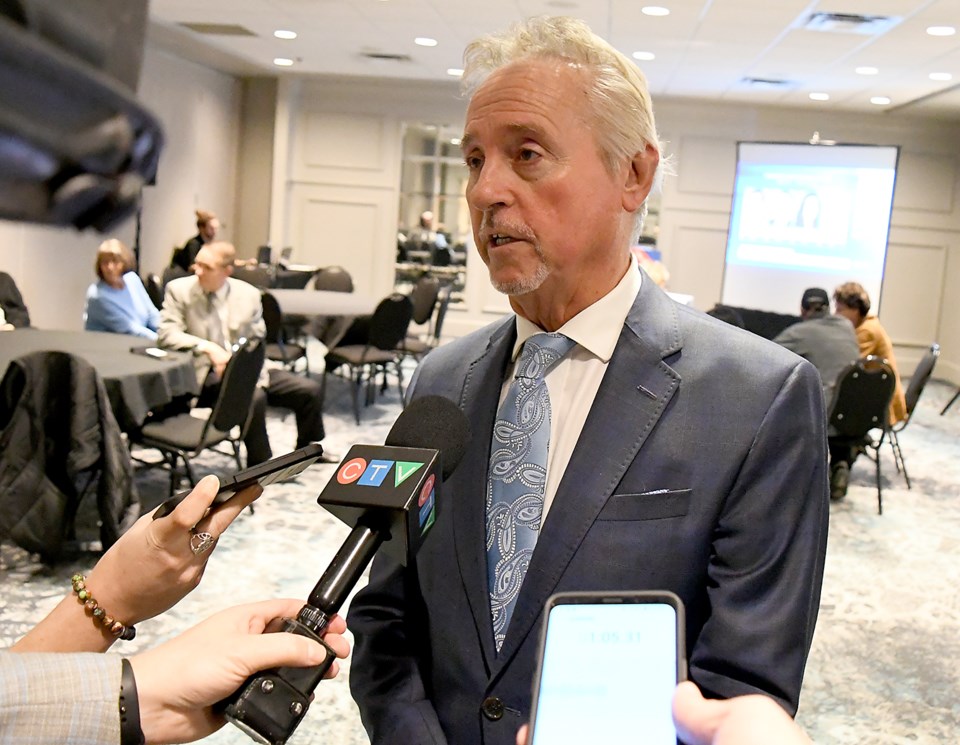 Prime Minister Justin Trudeau announced on May 1 that the federal government would ban more than 1,500 types of military-grade firearms, barring licensed gun owners from selling, transporting, importing or using these types of weapons. This is being done by changing the classification of these guns by moving them from non-restricted or restricted class to prohibited.

Gun owners must comply with the law by April 2022. Those who have not disposed of any banned firearms by then may face sanctions under the Criminal Code.

The Liberal government is using its minority status and the pandemic as excuses to introduce a regulation to implement this ban that would usually be introduced in a legislative package for debate, Lukiwski continued.

Lukiwski thinks the timing of the ban is also suspect, especially in light of the shooting in Nova Scotia — the worst shooting in Canadian history — recently. While he agreed that the incident was a tragedy, he believes it allowed the Liberals to politicize the issue by bringing forward the firearms ban.

In a letter to the editor, the Conservative MP said the prohibition of firearms has always been part of the federal Liberals’ playbook. This knee-jerk policy, Lukiwski continued, would not prevent similar tragedies from happening in the future. The accused Nova Scotia murderer did not have a firearms licence and purchased his weapons illegally from the United States.

Trudeau’s decision makes it difficult for licensed, law-abiding gun owners to acquire firearms legally for sport, hunting and animal control purposes, the MP added. The prime minister has a minority government that acts like a dictatorship.

The Conservative Party of Canada agrees that gun laws need to be strengthened and toughened, Lukiwski told the Express. The party has consistently asked for action on illegal and smuggled firearms since most shootings in Canada have involved illegal firearms smuggled into the country.

Instead of spending billions of dollars to ban firearms, the federal government should create a task force within the Canadian Border Services Agency (CBSA) that works at the Canada-United States border to intercept firearms smuggled into this country, he continued.

“There needs to be a major, major crackdown on people who use a smuggled firearm,” Lukiwski remarked, and anyone caught using such a weapon should face a mandatory minimum jail sentence of five years.

“What this government has done, instead, is bring forward a ban that does nothing — absolutely nothing — to combat violent crime by the use of illegal and smuggled weapons,” he continued, adding this is the wrong approach that goes after law-abiding gun owners.

In June 2019, royal assent was given to Bill C-71, legislation that enhanced background checks, forced retailers to keep records of firearms sales and tweaked the authorization to transport (ATT) rules.

The prime minister’s recent decision is not legislation-based, Lukiwski stated. It’s regulation without debate among parliamentarians and doesn’t allow for input from gun owners.

Lukiwski has been participating virtually in House of Commons debates since the pandemic has limited the number of people who can be in the chamber. However, the Conservative Party has a rotation of 12 MPs who sit in the house each Wednesday. Half of the 121 members of caucus participate in person, while the other half participate virtually. Lukiwski will have the chance to sit in the house on May 6.