On Thursday, July 3, 1941 the Moose Jaw Times Herald announced the crash of a Harvard training aircraft at No. 32 Service Flying Training School, the 15 Wing RCAF Base south of Moose Jaw.
Jul 21, 2021 11:00 AM By: Richard Dowson 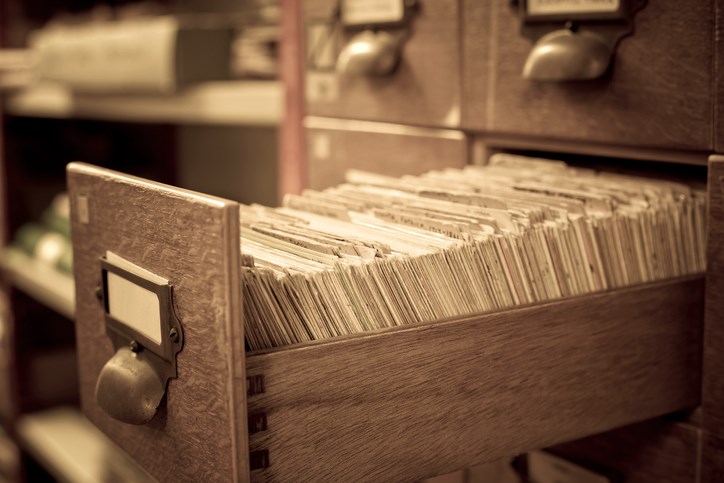 On Thursday, July 3, 1941 the Moose Jaw Times Herald announced the crash of a Harvard training aircraft at No. 32 Service Flying Training School, the 15 Wing RCAF Base south of Moose Jaw.

The story reads: “Leading Aircraftsman William Darling, (Service Number: R/74863) 25 years of age, of the Royal Canadian Air Force was killed, and Flying Officer John Constabaris, Royal Canadian Air Force, attached to No. 32 Service Flying Training School was slightly injured when the Harvard plane in which they were on a training flight crashed three miles south of Buttress at approximately seven o’clock on Wednesday evening.”

He had recently married Miss Odell (L. M.) Rogers and they were living at 1059 First Avenue North East in Moose Jaw.

His parents were Mr. and Mrs. W. Darling, at Revelstoke B.C. He had one sister, Mrs. M. Freeman of Vernon, B.C. His body was returned to Revelstoke for burial. He is buried in the Revelstoke (Mountain View) Cemetery at Revelstoke in Lot 70, Block 26. 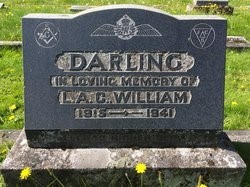 One can only imagine the despair his young wife experienced at the death of her new husband.

Mountains in the vicinity of Revelstoke have been named after fallen veterans of WW II. Mount Darling is named after L/AC William Darling.

Although Flying Officer Constabaris is shown as 'John.' his first name was 'James.' His Service Number was C/1087, indicated he had been a member of the RCAF prior to WW II and joined in the late 1930s.

Military Flying Instructors were capable pilots held back to train others. After serving as an instructor they were re-assigned. James was promoted to Flight Lieutenant (Captain) and assigned to the Royal Air Force Ferry Command who operated out of Laval, Quebec in early 1942.

Unfortunately, Pilots who joined the RCAF before the war had a high loss rate — most were killed. Constabaris was lucky to survive the Harvard crash in Moose Jaw but his luck did run out.

Flight Lieutenant James Constabaris was born in Edmonton in January 1915. He studied Law at the University of Alberta and graduated at the top of his class in 1938. He chose a career as a Pilot in the RCAF over a career in law. According to the Commonwealth War Graves Commission, 27-year-old Flight Lieutenant James Constabaris was the son of Alexander and Helen Constabaris, of Vancouver, British Columbia, Canada. B.A., L.L.B.

He died in a flying accident at Easky, County Sligo, Ireland on May 23, 1942 while a pilot with RAF Ferry Command. 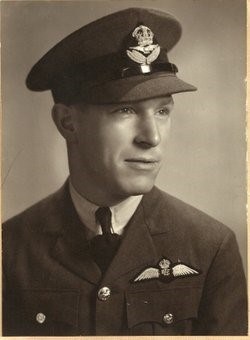 The Royal Air Force Ferry Command flew American built aircraft to the U.K. The Pilots had to be experienced and Navigators had to be well trained.

On his first Ferry Command flight Ft/Lt Constabaris and two crewmen picked up the aircraft and after a familiarization flight they flew to Gander, Newfoundland. The second stage had them leave Gander for the United Kingdom for the perilous flight across the Atlantic to Northern Ireland.

According to records, Flight Lieutenant J. Constabaris was the Pilot of a Lockheed Hudson IIIa, aircraft number FH233. The Hudson crashed on May 23, 1942 off Drumando Point, County Donegal. The locations vary but they are in the same vicinity.

Locals had seen an aircraft land on the water in the late morning. The Irish Army, who was not involved in WW II, contacted the British military who sent a search and rescue boat to the defined location. The area was scoured but they could not find the aircraft or any personnel.

On May 29, 1942 a body washed up on the shore near Drumbannon Point. Papers on the body led authorities to identify it was the body of Fl/Lt Constabaris. The military in Northern Ireland were notified and an Irish Army honour guard transferred the body to the British on May 30, 1942. He was buried with full military honours in the little cemetery in Irvinestown, County Fermanagh, Northern Ireland in Plot 1, Grave 1.

The little school in the community maintains a Facebook Page of those Killed in WW II and buried in Irvinestown. 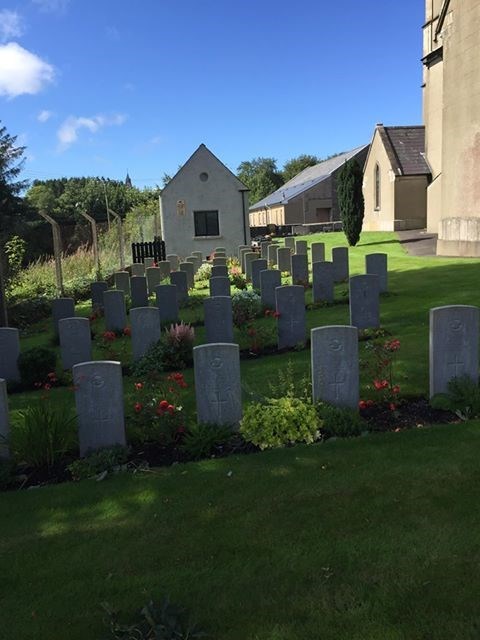 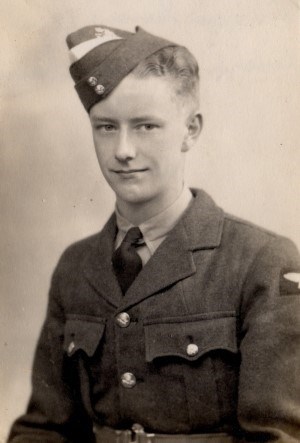 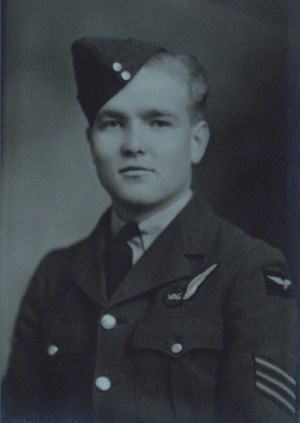 Cause of the crash was undetermined. One logical suggestion was the fuel consumption was higher than calculated for the flight and they ‘ran out of gas’ off the Irish coast.

The ‘Constabaris’ name is associated with the restaurant industry in Vancouver and the organization of the Mr. Mike’s Steakhouse franchises. It is not known if these are relatives of Flight Lieutenant James Constabaris.