Development of joint-use school at risk of falling behind schedule 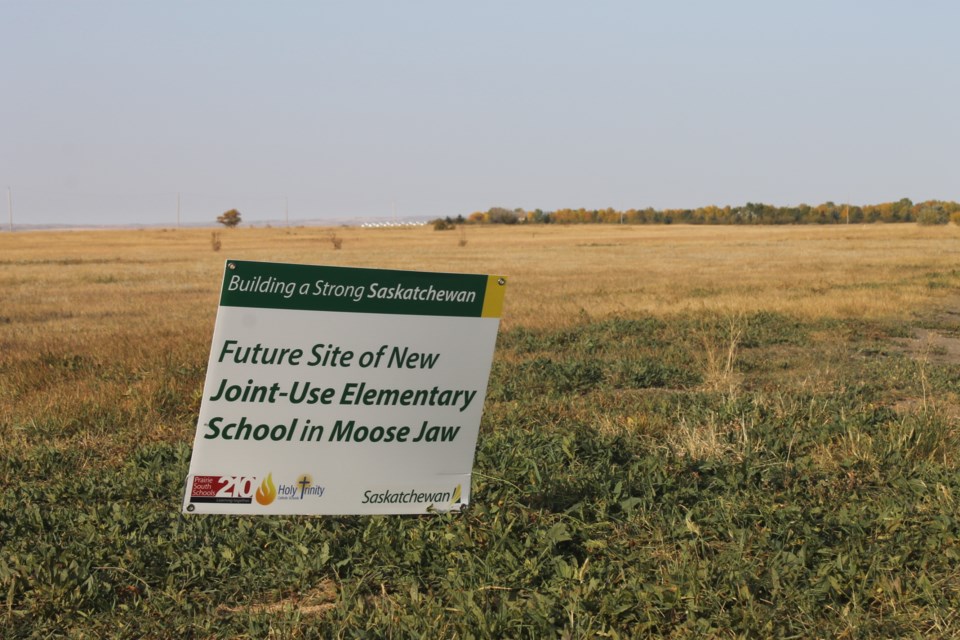 The process to construct the joint-use school on South Hill has been “very, very slow” and is at risk of falling behind schedule, public school trustees heard recently.

A report presented during the April board of education meeting for Prairie South School Division indicates that the schedule faces a high risk of falling behind, affecting the project’s outcome. Delays occurred in acquiring the site and receiving approval from the City of Moose Jaw.

“With design unable to substantially advance until after concept plan amendment and public consultation (have) been completed, a project completion date of January 2024 remains at risk,” the report added.

“This is a process that has been very, very slow in its evolution … ,” said education director Tony Baldwin. “We have already moved our opening date back once (from September 2023).”

Baldwin noted that other new schools announced at the same time have already started construction, while the school on South Hill is far behind. This has attracted comments from people familiar with building schools, he continued. Sometimes, though, good things take time to complete; the division and its partners are working through those challenges.

“We’re certainly looking forward to an opportunity to get to our public consultation before the summer,” Baldwin added. “That will pave the way for some work to be happening at our school site in the not-too-distant future.”

The board is eager to see this project proceed and wants to ensure it’s pursued properly, board chairman Robert Bachmann told the Express after the meeting. However, there is a need to meet the requirements and preferences of city council, since the school is being constructed on municipal land.

The board is also enthusiastic to move to public consultations and receive feedback about the next stages, he continued. Once feedback is received and incorporated, the project can proceed through the phases of design, tender and construction.

“So, there’s still significant amounts of work to be done before anyone can see on the site what’s occurring, so we continue to be in dialogue with the various partners … ,” Bachmann said.

This includes working efficiently together so there aren’t delays that deny students the chance to learn in the new school.

If further delays do occur, that could push the opening past January 2024.

This process has taken much longer than anticipated, particularly because the Ministry of Education and city must remain involved, Bachmann pointed out.

“I only know what our process is. Somehow other places have been able to move more quickly,” he remarked. “So certainly not in anyway finger-pointing, but I don’t have an explanation our process is taking longer than some others.”

Bachmann added that he was hopeful for the next phase of the project, which required city council to approve the site plan so the community consultations can happen.

In an email to the Express, city hall stated, "The City is working diligently with the Province and school boards so they can break ground on the new school as soon as possible."

The new joint-use school will be constructed in the Westheath neighbourhood and house nearly 1,000 students. Westmount and Empire public schools and Sacred Heart and St. Mary Catholic schools will be closed once the new school opens. The school is expected to cost $50 million and will be constructed on 10 acres of municipal property.

The next PSSD board meeting is on Tuesday, May 4.