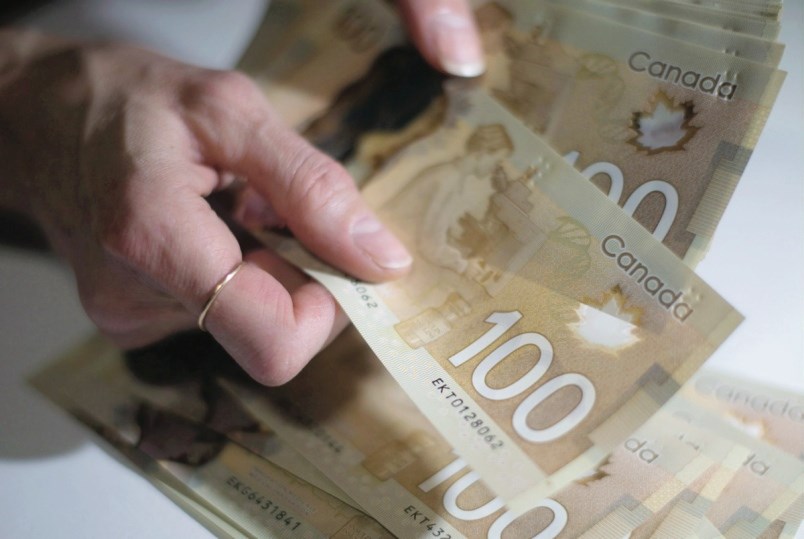 Debt, debt, debt — everybody has it, including the City of Moose Jaw. (via Graeme Roy, The Canadian Press).

The City of Moose Jaw plans to maintain its debt limit at $95 million, an amount that city administration hopes it doesn’t reach anytime soon — at least, in the short-term.

During its Sept. 9 regular meeting, city council voted 6-1 to ask the Saskatchewan Municipal Board to maintain the municipality’s debt limit at that amount. Coun. Brian Swanson was opposed.

The board established the municipality’s debt limit on Nov. 6, 2017, for a two-year period ending Dec. 31, 2019, according to a council report. The board will review the debt limit after that date, but should maintain the limit based on this request. City administration expects the $95 million to meet future borrowing needs until the end of 2021.

The municipality’s debt as of June 30, 2019 was $61,573,745, the report continued. The majority of this is composed of borrowing for the sanitary sewer utility, the Buffalo Pound Water Treatment Plant Corporation (BPWTC), and water infrastructure for the cast iron project, plus the multiplex.

In 2020, city administration expects to borrow $20 million for waterworks infrastructure funding and $5 million for an automated water meter infrastructure project. This would push up the debt level to $78 million, after other debt repayments have been made.

The report noted the municipality has applied for provincial and federal infrastructure funding for waterworks, which if successful, would reduce or eliminate borrowing needs in 2020.

The municipality uses borrowing for major capital expenditures when saving the funds is unfeasible due to time constraints or where borrowing is cheaper than self-financing, the report added.

Mayor Fraser Tolmie supported maintaining the debt level as is for several reasons, he explained. Council reduced the need to borrow in the 2019 budget, while it pursued an investment policy review of its reserves that should generate more money overall.

There was also a “referendum” during the 2016 municipal election when 80 per cent of voters supported an infrastructure levy, he continued, while council recently received the ability to direct $9 million in federal transit funding to the cast iron water project.

Tolmie later clarified that by “referendum” he meant residents and council candidates discussed an infrastructure levy for the cast iron project during the municipal election.

Swanson had thought the utilities carried debt, particularly after a previous council meeting when city administration presented a chart showing the debt and reserve levels of five Saskatchewan cities compared to Moose Jaw.

“I am not a big fan of debt. I see Moose Jaw’s position as misdirected priorities that forced us into a position of taking on debt … ,” he said. “We’re taking on significant debt in a no-growth situation. I do worry about our trends of debt and our ability to sustain that debt.”

City council and administration performed much work this year on the budget to ensure capital expenditures were affordable and sustainable, said Coun. Chris Warren. While debt may have increased since 2007 from zero, during recent budget discussions council learned there has been “an exponential increase” in capital spending for infrastructure upgrades, particularly waterworks upgrades.

“The recognition is there that we historically have not maintained our infrastructure in the last decade and change,” he added. “That has changed and we have turned a corner. We have put a priority around that and the work’s being done.”

The next regular council meeting is Sept. 23.

Team British Columbia showing starch as one of Scotties' rookie teams
Feb 19, 2020 8:00 AM