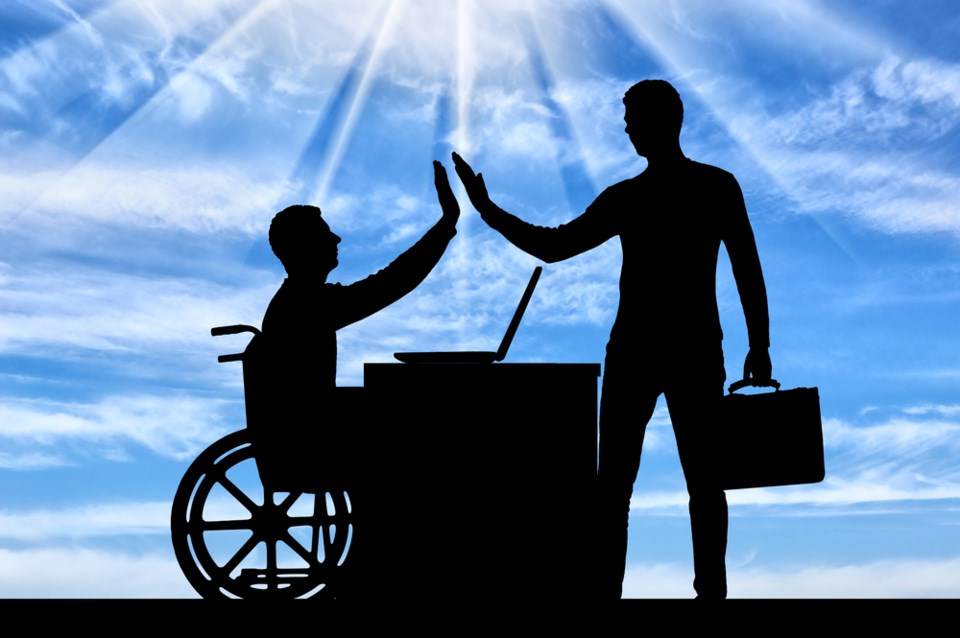 The City of Moose Jaw has recognized the contributions of residents with disabilities by declaring October to be Disability Employment Awareness Month (DEAM).

Members of Partners in Employment (PIE) and the Canadian Council for Rehabilitation and Work (CCRW) gathered at city hall on Oct. 16 to watch Mayor Fraser Tolmie sign the declaration.

The proclamation is part of Partners in Employment’s DEAM initiative, which is an annual national awareness campaign that occurs each October. Partners look to bring awareness to — and highlight a number of — successful employer and client stories in communities.

This is the second year Moose Jaw has declared October as Disability Employment Awareness Month.

“It’s just important to recognize that people who have disabilities bring the same value to the workforce,” said Leslie Bailey, senior supervisor with Partners in Employment. “That just like all of us, if it’s the right job (or) the right person … it’s successful, and it’s really just recognizing that throughout the community.”

It’s important to include people with disabilities since they want the same thing as everyone else, Bailey continued. They want to have a job, financial security and contribute to the community.

The work Partners in Employment does is fulfilling, she said. They are able to see people aspire to a career, and then later on, watch them become successful in their careers.

The organization meets people where they are in their job search. It can help them discover where they will be a good fit, while it supports them in connecting with employers who will value them. PIE can provide job coaching or can support the employer in how to best supervise and support the new employee.

“People are coming to the workplace with the talents that they need and they just sometimes need a bit of our support to be successful,” Bailey added.

CCRW is finding that discrimination against people with disabilities still exists in the community, said job developer Chris Rasmussen. If this is ignored it will always be there. But if it can be discussed, affected people can be incorporated more into the workforce and a better workforce can be experienced.

The City of Moose Jaw was one of CCRW’s first partners when it re-opened its office this past spring, Rasmussen pointed out. To have the municipality on board with another project provides weight to the organization’s initiatives.

The municipality has already hired two clients from CCRW since its office re-opened.

“They’re not just posing for a photo op, they’re walking the walk and they’re hiring clients too,” Rasmussen said.

It’s difficult to determine how well the community is doing in hiring people with disabilities, simply because there are so many small businesses that employ only three to five people, he continued. The labour market is slow right now and many people — regardless of ability — are struggling to find a job.

However, the businesses with whom CCRW works are great in welcoming clients, said Rasmussen. Businesses call the office and ask if there are clients available with certain skill sets. Once the connection is made, CCRW then supports and fosters the relationship so the business and employee can be successful.

Rasmussen encouraged businesses to hire “outside the norm” and look beyond the cover letter and resumé. Instead, businesses should look at job applicants’ life experiences and interests.

“The resumé can give you a lot of information,” he added, “but it doesn’t give you everything.”