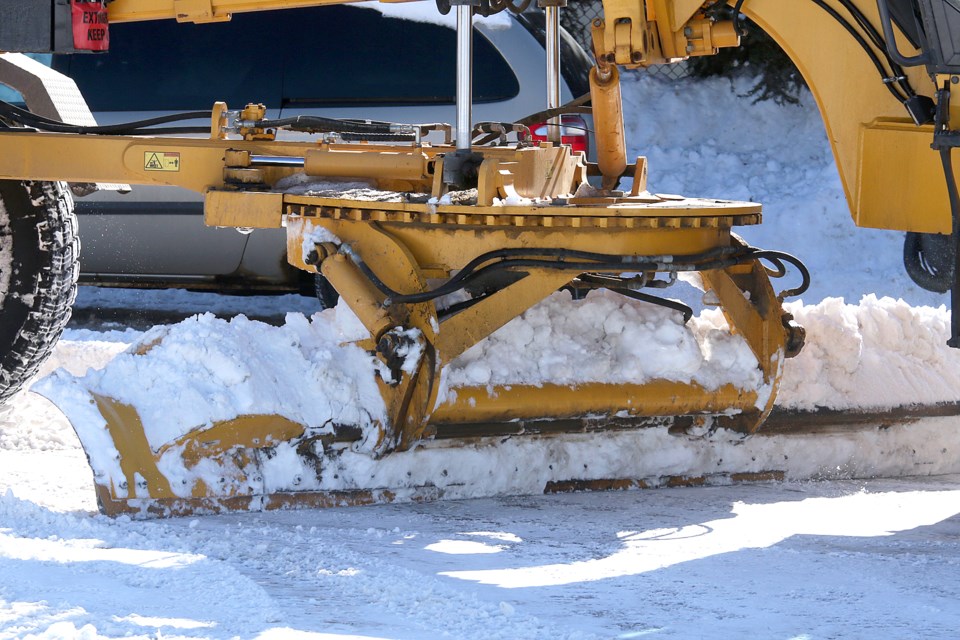 City hall can do a better job of clearing snow piles from priority roads after plowing occurs and should implement changes to make this happen, Coun. Dawn Luhning says.

In school zones and on bus routes, snow piles are problematic, especially when they narrow the roads and make driving difficult and unsafe, Luhning said during the recent council meeting. She has had to pull over into snow piles to let buses pass because there was not enough room for two-way traffic on certain streets.

She pointed to First Avenue Northwest as another example where piles of snow affect driving. This frustrated her as a councillor since the municipality implements good ideas — in this case, making the middle lane a turning lane — but then piles snow in the middle and defeats that change.

This problem also seems to affect Main Street, she added.

City hall did not clear those snow piles from those two streets because it was extremely cold and the equipment could have broken, said city manager Jim Puffalt. However, with the weather improving, city crews have now cleared those piles.

Leaving snow piles on streets and roads also damages the asphalt due to the freeze-thaw cycle and creates extra repair costs, Luhning continued. Removing that snow and using extra equipment is something council should consider in the next budget.

Therefore, she introduced a motion to have city administration create a report with costs related to the full removal of all snow piles from priority 1 and 2 roads for the upcoming budget cycle. The report was also to include all equipment requirements and maintenance expenses for this initiative.

“I’m fully aware that this will cost the city money. However, I truly believe that this is something citizens … want to see their tax dollars go to,” Luhning said, adding many residents have told her that the city can do a better job of clearing the snow.

The municipality introduced snow route signs a few years ago but has not fully used them, she pointed out. Conversely, communities in Eastern Canada force people to remove their vehicles from such routes, otherwise, graders leave piles of snow around vehicles. Also, those graders do not lower their side blades and leave snow piles across driveways.

Luhning thought it would be an interesting idea to approach some neighbourhoods and see if they would be OK with having their driveways plowed in as long as the street was cleared.

“And you can shovel your way out of your driveway. If it doesn’t work and the community does not like it, then we don’t do it anymore,” she said, adding doing something new even once couldn’t hurt.

Council has received a report about this issue before, and it is expensive, said Coun. Heather Eby. She was OK with receiving and discussing the report since this is a new council but thought the city had already made big strides in its snow clearing.

“However, personally, if we add a whole bunch of money to the snow removal budget, I would like to see the addition of a residential snowplow … ,” she added. “My mother lives on a street that never sees a plow and the ruts are horrible. I would think that would better serve our whole community.”

Seeing the costs to add a residential snowplow would be important, especially since this issue “is a bone of contention for people,” said Coun. Crystal Froese. Having this extra piece of equipment would not cost much during years with little snow but could be pricey during heavy accumulation.

Since snowplows have blades that are lifted regularly, Luhning wondered what effect that had on the equipment.

Those blades — or traps — are raised and lowered regularly when operators need to capture the snow, which does produce a higher rate of failure, said Darrin Stephanson, director of public works. Meanwhile, many neighbourhoods have driveways, so operators use those traps to control where the snow goes.

It’s not a pleasant situation when driveways are buried under snow, echoed Puffalt. Based on experience in other communities, that is not something he would encourage council to do.

Since a snowplow travels at low speeds and performs the same amount of work no matter how much money is put into the plow budget, a paradigm shift would be needed and more equipment would have to be added, said Mayor Fraser Tolmie. He, too, thought the municipality was doing better with clearing snow based on regular feedback from residents.