Cause of Multiple Sclerosis – 2021 in Review

On Tuesday I received a phone call from a friend in Northern Alberta telling me her 24-year-old granddaughter was diagnosed with Multiple Sclerosis in 2021. The MS story never ends.

Researching the Cause of MS Since October 2015

I have reviewed world wide research on the Cause of Multiple Sclerosis since October 2015.

The Cause of Multiple Sclerosis was identified by Rutgers’s University Neurologists Dr. Stuart Cook MD, and Dr. Peter Dowling, MD in 1977. Their Hypothesis holds that;

Multiple Sclerosis and Canine Distemper Virus both result in Demyelization

In 1977 Antigen Tests were the only tests available to Cook and Dowling. These tests were not reliable. PCR Testing was the eventual solution. PCR Test development mirrored DNA Testing. The PCR test for Canine Distemper was perfected by Andy Mee et al in 1998.

Dr. Andrew Mee et al, of Manchester University, UK used “in-situ RT Polymerase Chain Reaction (In Situ RT-PCR)” testing in his research into the cause of Paget’s Bone Disease. Mee et al identified the presence of Canine Distemper Virus in 100% of his samples.

Other Examples that Prove the Cook and Dowling Hypothesis

These Countries have a low to non-existent rate of Multiple Sclerosis and do not have a tradition of keeping indoor pets – China, South Korea, rural Sub-Saharan Africa.

These People have a low to non-existent rate of Multiple Sclerosis and do not have a tradition of keeping indoor pets – Hutterites; Indigenous Canadians living on Reserves and Inuit, Torres Straits Islanders.

Much of this information is confirmed by ‘funded’ MS research by Harder (U of S), Lawrence, Warren (U of A) and Marrie (U of Man.) and other members of the ‘Canadian Collaborative Study Group’. Some researchers suggest Genetics as a factor. The identified people are genetically and racially different. The common factor is no tradition of keeping indoor pets.

Why so low? The Netherlands has strict pet ownership laws – Vaccination and a licence is required and the annual licence is expensive, about $200.00 Canadian.

Be a good Pet Owner. Even if you don’t agree with the science, Vaccinate indoor pet dogs and cats and farm dogs and cats.

BioNTech continues working on a Therapeutic – no new treatment – yet. 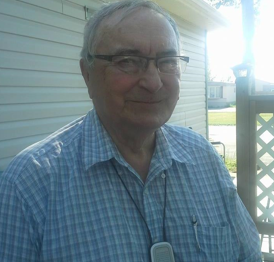 This Annual Review is dedicated to the memory of Roger Butterfield, the last true Renaissance Man. Roger supported my MS research, accompanied me on road trips and introduced me to wonderful Hutterites who confirmed they do not keep pets.