'He has been dealing with this for a year now, so he was ready to fight and do whatever he needs to do. Hopefully to get rid of it if he can. However, the (second) diagnosis was worse than any of us were anticipating or expecting it to be'
Mar 16, 2020 9:30 AM By: Jason G. Antonio 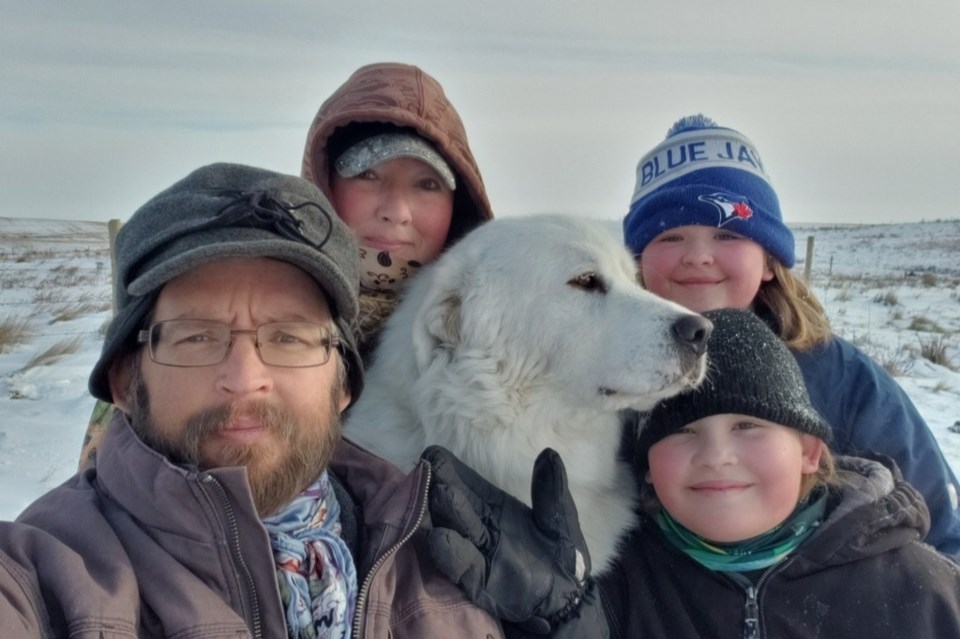 A diagnosis of a rare form of cancer has affected Wade Johnson’s ability to work and could force the family to move out of their Mortlach home.

Johnson, 44, was diagnosed with basal cell adenocarcinoma in March 2019, after doctors found a cancerous lump on the roof of his mouth. It took 15 hours to remove the cancer, in which they used a vein from his foot and skin grafts from his leg to repair his mouth.

He then faced several weeks of radiation, which left him without the ability to produce saliva. He has been fed partially through a stomach tube since then.

Johnson’s vision began to deteriorate in December, and after an MRI and PET scan, he learned there were spots on his lung. This led to a biopsy and another CT scan, which revealed the same type of cancer was scattered throughout his body and bones. Doctors were unsure how to treat Johnson since they didn’t have any other cases with which to compare this.

His oncologist decided he would undergo chemotherapy treatment once a week every three weeks with no expected end date. He would also receive an extra 10 days of radiation to attack the cancer cells.

Since Johnson can’t work, his sister Heather Phillips has started a GoFundMe campaign to help the family. As of March 13, it had raised $4,590 of the $5,000 goal.

Johnson’s morale is not great considering this was a big diagnosis, Phillips said. He had his first chemo treatment on March 11, which left him tired and sick. However, that doesn’t mean he has given up.

“He has been dealing with this for a year now, so he was ready to fight and do whatever he needs to do. Hopefully to get rid of it if he can. However, the (second) diagnosis was worse than any of us were anticipating or expecting it to be … ,” she continued.

Johnson is looking at alternative treatments that might help treat his cancer, said Phillips. He is open to just about anything right now.

The family is renting a home in Mortlach but will soon have to move since the property owners want to take back the home. While the Johnsons might have to re-locate, he would prefer to stay in town instead of moving to a bigger centre.

To have almost reached the $5,000 GoFundMe goal in one day is awesome, Phillips said. She thought it was amazing that so many people would support the campaign in such a short time.

She hoped the money would help her brother’s family, especially since Johnson hasn’t worked in a year. His wife, Laurel, works part-time but is required to drive her husband to his appointments.

“They are in a tough spot right now,” Phillips added.

Phillips plans to keep the GoFundMe campaign going for at least the next two weeks. She is still receiving emails and other communications from people interested in helping out. Once the goal is surpassed, she might increase it again.