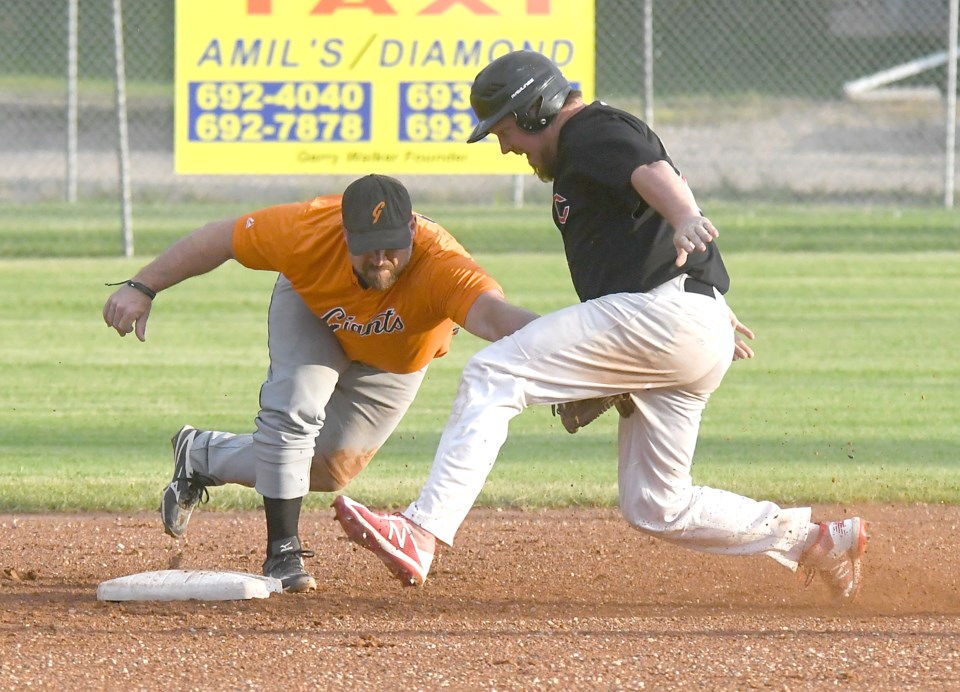 The Canadians and Giants will be back in Rambler Park Fastball League action on Tuesday night.
The start of the Rambler Park men’s fastball league season is only a week away, and a pair of Moose Jaw teams will once again be vying for the league title.

Both the defending champion Canadians and perennial league contending Giants will take the field this season, with action kicking off on Tuesday, June 15 when the two teams face one another at 7 p.m. at Memorial Field.

The Canadians posted an 11-2-0 record in regular-season action last season, finishing in first place in the Division I standings while allowing a league-best 29 runs.

Little changed in the playoffs, as the Canadians would defeat the Golden Hawks (6-6-1) and Earl Grey Rockets(9-3-1) in the first two rounds before again defeating the Hawks in the championship final.

The Giants also had a solid campaign, finishing in third place with a 9-4-0 mark while scoring the most runs of any team in the league at 108.

After defeating the Regina Gold in the first round, the Giants would fall to Earl Grey in the quarter-final and were upset by the Hawks in their first ‘B’ side contest.

The league composition remains the same as 2020, with the Canadians and Giants joined by Earl Grey and Golden alongside the Little Black Bear Blues and Standing Buffalo Dakotas.

For the full schedule, visit https://leagues.teamlinkt.com/ramblerpark/Schedule.