Canada rolls to commanding win over Rysavy, Czechs in World U18 quarter-final 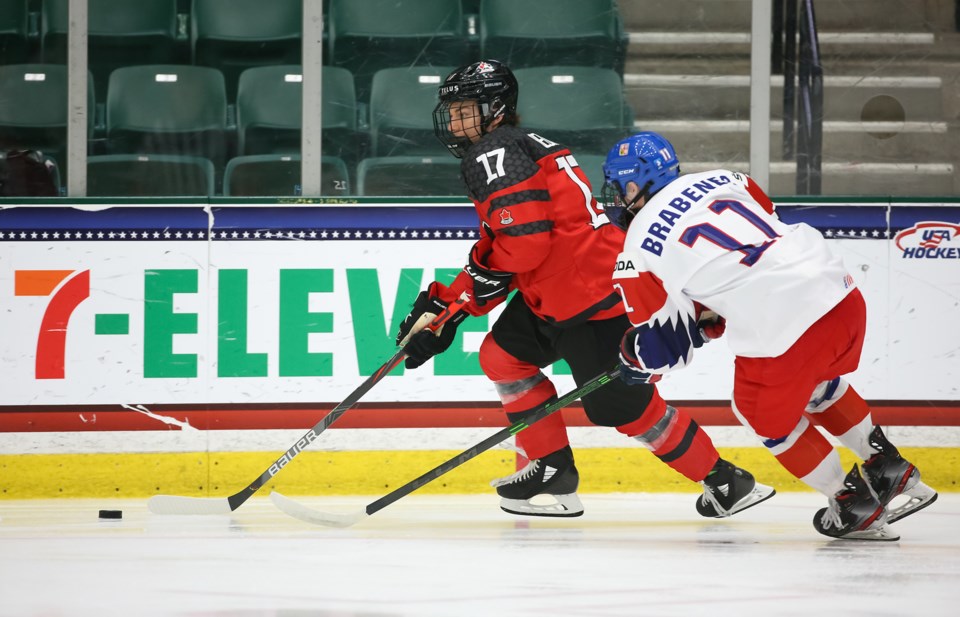 Connor Bedard scored twice and added three assists to lead Canada to a 10-3 win over Martin Rysavy and the Czech Republic.IIHF.com
It would be safe to say Team Canada is on a bit of a roll at the World U18 Hockey Championships, and that turned out to be bad news for the Czech Republic in tournament quarter-final action on Monday night.

Canada scored four goals in the first and added four more in the third to go on to a 10-3 victory at Comerica Centre in Frisco, Texas.

Former Moose Jaw Warriors prospect Corson Ceulemans played in the contest and had a single shot on net while going plus-three. Warriors defenceman Denton Mateychuk did not play.

Meanwhile, it was a tough night for Warriors draft pick  Martin Rysavy and the Czech Republic.

Rysavy was held off the scoresheet, but had a team-high five shots and finished the game minus-2. The 17-year-old first-round pick in the 2020 Import Draft capped the tournament with two goals and three points in five games and minus-four overall, recording a team-best 18 shots in the process.

Canada now moves on to the semifinals and will face a somewhat surprising opponent after Sweden scored three times in the third to take a 5-2 win over the United States in their quarter-final. That contest takes place Wednesday night, as does the other semifinal between Finland and Russia.

Canada defeated Sweden 12-1 in their first match of the tournament back on April 27.

The bronze and gold medal games are both set for Thursday evening.