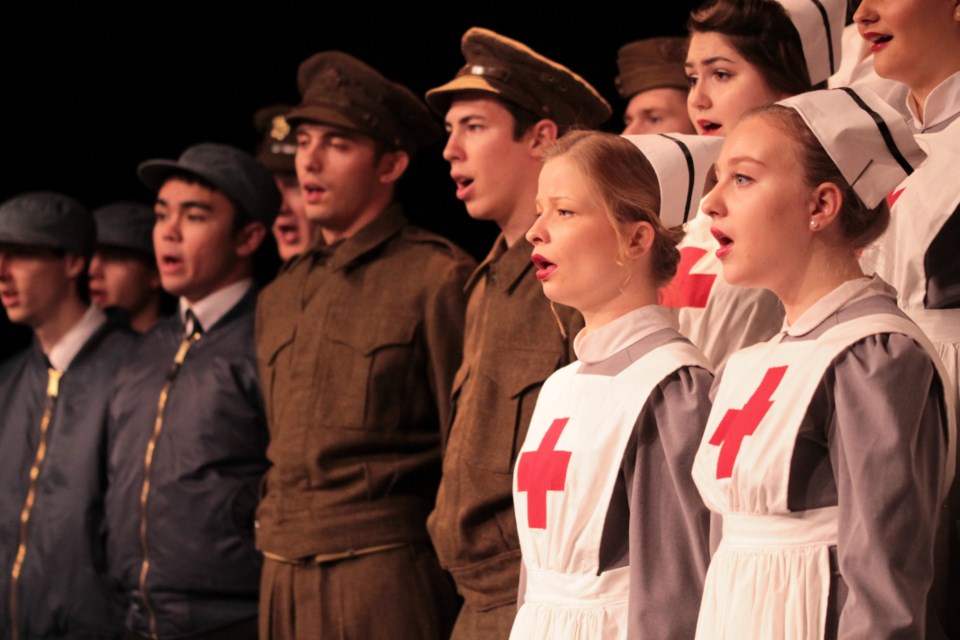 On Nov. 11, Briercrest will honour Canadians involved in the armed forces with two tribute performances, both of which will be hosted in The Landing.

The tribute will include a reading of the Declaration of War, as well as the reading of letters sent from the front line back home, and a detailing of the liberation of the Netherlands from Nazi occupation, in which Canadian soldiers played a large role.

A handful of Briercrest students have also prepared a short skit, playing nurses from wartime, and another group will be performing a handful of familiar wartime melodies — including “The Boogie Woogie Bugle Boy” and “(I'll Be with You) In Apple Blossom Time.”

All of those participating in the show will be dressed accurately, sporting official nurse uniforms and military dress.

The program will close with the playing of the famous radio address by Winston Churchill, declaring the conclusion of the Second World War.

The program is meant to honour those who have fallen in the line of duty fighting for our freedom, as well as those who continue to serve in the military. The event also gives a nod to the history of The Landing, as Caronport began as the No. 33 RAF airbase.

The historic theatre was originally constructed in 1943 and served as a recreation hall for the airbase. Over the years, The Landing has continued to serve that purpose for the community, a legacy that Briercrest’s performing arts administrative assistant Ruth-Ellen Wallace finds heartwarming.

“It's very poignant for us to be putting this on in the actual building that was built for that purpose, for helping and supporting these troops that were training so hard to fight on our behalf,” said Wallace.

The Remembrance Day Tribute is Briercrest’s way of paying tribute to the bravery of the military, which Wallace felt is very important to continue.

“I think it's a great place for people to come, from all over southern Saskatchewan, to remember and commemorate and honour those who ongoingly continue to serve in our armed forces,” said Wallace.

The first tribute will begin at 2:30 p.m., with another tribute to follow at 7 p.m. Admission to both shows is free, and donations will be accepted for the Briercrest College Performing & Worship Arts department.