Bizworld: Five gold stocks may cash in on possible price increase this year

Ron Walter says there is some optimism regarding gold, which could benefit five select stocks
Jan 23, 2019 2:36 PM By: Ron Walter 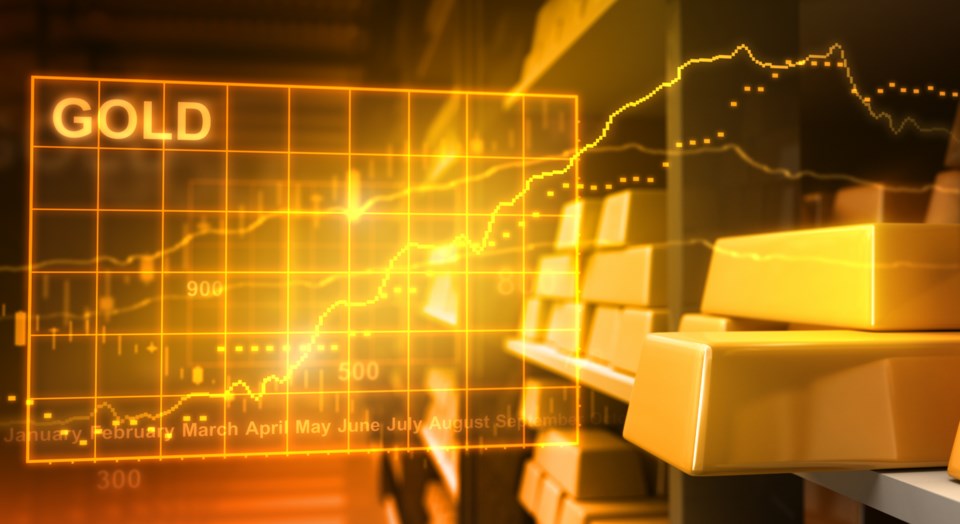 According to an increasing number of analysts, 2019 is the year when the price of gold will break out of its long-term trading range.

Even a few analysts who pooh-pooh the value of gold suggest holding some gold stocks as insurance.

The optimism about gold is based on three variables: falling value of the U.S. dollar, which increases the price of gold; global uncertainty about trade in Asia and Europe; and an impending federal debt crunch in the United States

Bizworld summarizes the investing case for five gold mining stocks from mines under construction to existing mines to advanced exploration.

Ascot Resources, $1.04, is developing a mine in the Gold Triangle region in northwestern B.C. near the former Premier mine.

The higher grade underground works have outlined, indicated and inferred resources of 2.1 million ounces of gold and almost eight million ounces of silver, still needing more exploration to get to mining standards.

Equinox Resources, $1.06, owns the open pit Mesquite mine in California producing 145,000 ounces of gold this year adding 85,000 from a new mine in Brazil later this year.

Lundin Gold, $4.60, is building the low cost Fruita del Norta mine in Ecuador with mining to start later this year. The underground mine will put out 330,000 ounces in a full year.

The Lundin family of Sweden are mine builders with a Midas touch. Major investors in Lundin include Orion Mine Finance, Newcrest Trust and Kinross Gold.

Premier Gold, $1.58, like Equinox seems a good long-term hold for gold. Premier has a 40 per cent interest in a Nevada mine with Barrick, giving it 15,000 ounces a year.

An Arizona mine will produce 75,000 ounces while development near Thunder Bay, Ontario in an old underground mining camp, has outlined one million ounces of measured resources and 2.6 million indicated and inferred.

Pretium Gold, $8.97, operates the Brucejack mine in the Golden Triangle of northwestern B.C. with room for expanded discoveries.

Pretium has had issues with inconsistent gold grades and has missed production estimates. The northwestern B.C. region tends to have varied gold values with high and lower grade veins interspersed.

Pretium has been rumoured as a takeover candidate by Barrick, but grade consistency issues make that unlikely.

They present opportunity in a world of stable gold prices and even more if the gold price breaks out as predicted.