Back on track: 13U AAA Canucks rebound with pair of commanding wins 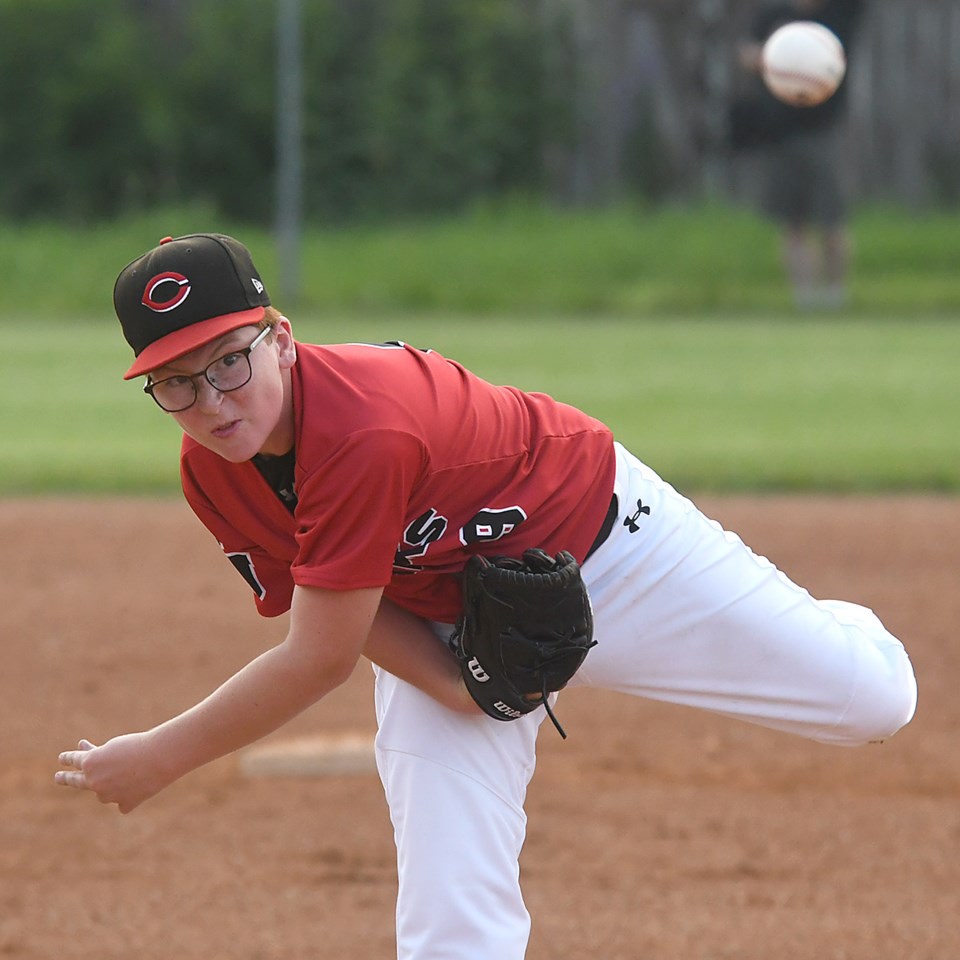 Rylan Caplette-Tarrant pitches earlier this season.
It didn’t take long for the Moose Jaw 13U AAA Canucks to get back on track after suffering their first back-to-back losses of the season last week.

And they did so in style.

The Canucks twice scored eight runs in an inning against the Estevan Brewers during a doubleheader on Monday afternoon, taking 18-9 and 16-5 victories to improve to 5-3-1 on the season.

Moose Jaw is back in action Thursday when they travel to Regina to face the White Sox.

The Canucks carried a 10-9 lead into the sixth inning before utterly blowing things open, batting through their line-up and scoring the aforementioned eight runs on their way to the commanding-looking win.

Riley Cushway and Noah Thul each scored three runs for the Canucks, who had all but one of their players register a hit and score a run. Kale Pratte ended up 2-for-3 with a run scored and two runs batted in.

The Moose Jaw pitchers were faced with an interesting anomaly – only two of the nine Estevan runs were earned, as untimely errors led to prolonged innings. Rylan Caplette-Tarrant got the start and allowed five runs, one earned, on three hits and three strikeouts over three innings; Owen Varjassy surrendered four runs, also one earned, on four hits and four strikeouts. Garrett Gulutzan closed things out, striking out a pair in a scoreless inning.

Moose Jaw again took a one-run lead into the late innings and again batted through their order to take control of the game, this time putting up eight in the fifth while nursing a 6-5 edge.

Caplette-Tarrant had a solid showing at the plate, going 2-for-4 with a run scored and four RBI, while Cameron Beisal was 3-for-4 with two runs scored to go along with another three runs from Cushway. Wesley Olson, Thul, Gulutzan and Pratte also had two runs each.

Owen Csada got the start on the mound and went 3 1/3, allowing five runs on five hits and striking out eight. Beisal closed things out, allowing one hit over 2 2/3 scoreless innings.