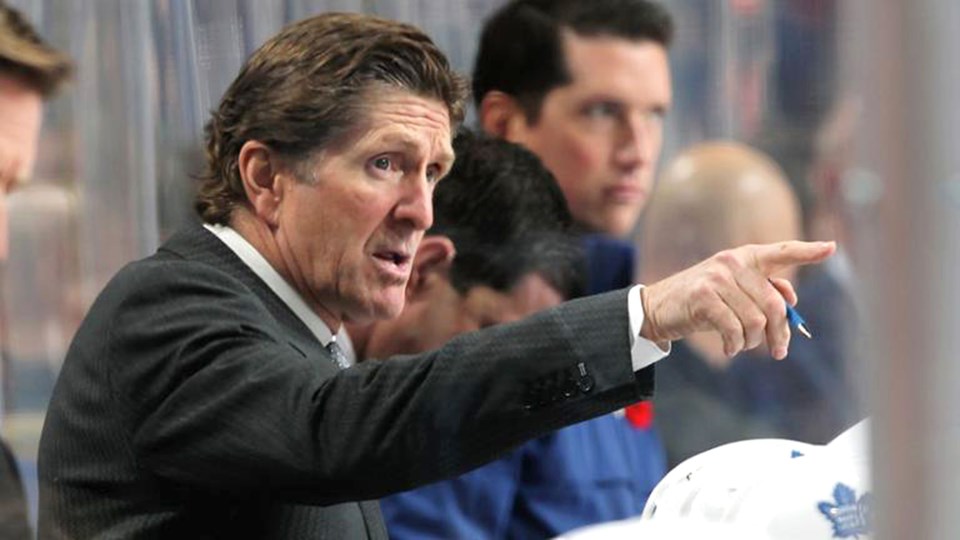 The University of Saskatchewan Huskies announced Saturday that former Moose Jaw Warriors head coach Mike Babcock will take over as bench boss of the USports men’s hockey team. NHL.com
The University of Saskatchewan Huskies men’s hockey team has a new head coach, and he’s someone Moose Jaw Warriors fans -- and hockey fans in general -- will be plenty familiar with.

The Huskies announced Saturday afternoon that former Warriors bench boss Mike Babcock will take over the team from Dave Adolph, who retired this past summer after 27 years behind the U of S bench.

"I am excited to work with Huskie athletes, back in my hometown, at the university where I had the opportunity to play under legendary coach Dave King," said Babcock in a press release from the team. He suited up for one season with the Huskies in 1981-82 before going back to the Western Hockey League. He later attended McGill University where he earned a bachelor's degree in education.

"This is a special place for me, and I look forward to having the chance to help develop these young men," Babcock added. "Saskatchewan has provided me many opportunities in my life and my career, and I am truly excited about the opportunity to give back."

Moose Jaw marked the first stop in Babcock’s coaching career outside of the college ranks, joining the team for the 1991-92 season after three years behind the bench of the Red Deer College Kings.

He’d spend two years with the Warriors, coaching the team to a 33-36-3 record in his first season and finishing 27-42-3 in 1992-93, his final season in Moose Jaw. Babcock would later spend six seasons as head coach of the Spokane Chiefs, reaching the WHL final twice, before breaking into the NHL as head coach of the Anaheim Mighty Ducks in 2002.

"This is an exciting and historic day for Huskie Athletics, and we are thrilled that Mike wants to come back home to lead our men's hockey program," said Huskies Chief Athletics Officer  Dave Hardy. "We are extremely fortunate that the timing lined up perfectly to create this opportunity. Mike's track record of success speaks for itself, and he will be a great addition to Huskie Athletics, to the men's hockey program, and to the local hockey community."

Babcock will lead the Huskies on a full-time volunteer basis for the next two seasons.