Pair of exhibition games against Swift Current on tap this weekend at Mosaic Place
Oct 22, 2020 5:12 PM By: Randy Palmer 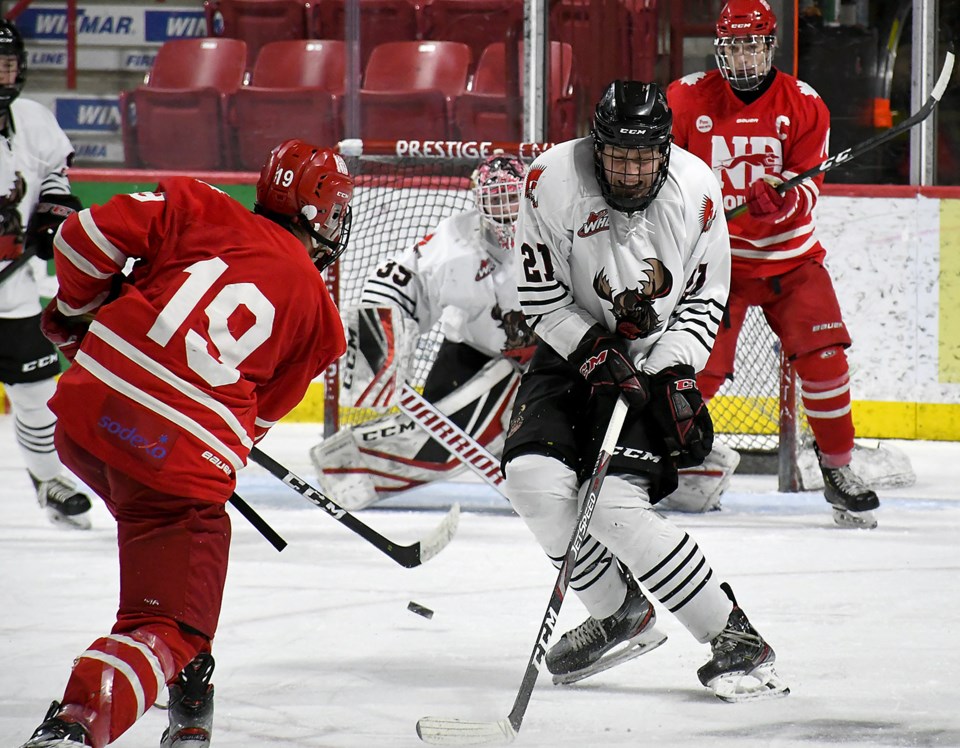 After an extended amount of practice time over the last two months and tons of uncertainty surrounding the COVID-19 pandemic, the time has finally come — the Warriors will take the ice for a pair of exhibition games against the Swift Current Legionnaires, with games on Saturday at 2:30 p.m. and Sunday at 1:30 p.m. at Mosaic Place.

Both contests will see the team following government and Sask Hockey protocols that include mandatory masks, spaced seating and other rules in place to keep everyone as safe as possible.

And if that’s what it takes to get back on the ice, the Warriors are all for it.

“We’ve had quite a while to practice this year, the guys are ready to play and they’re looking forward to it,” coach Trevor Weisgerber said. “So we’ll take ‘er one game at a time here and see how things go. But I like the group that we have and we’ll see where we’re at after this weekend, and I’m sure there will be things to work on next week before we start league.”

Personnel-wise, the Warriors are in solid shape after fielding a team of rookies last season, a crew that ended up reaching the Sask Male AAA Hockey League championship final before the campaign was cancelled due to the pandemic.

Throw in a handful of talented new signees, and things are looking plenty positive.

“It’ll be good,” Weisgerber said. “With the new guys we’ve signed, there will be a lot to learn with the systems and everything like that, but it’s all coming along. It’ll just be good to get into some game action here and put some stuff into game form and see how it goes.”

The Warriors aren’t putting too much stock into results this weekend regardless of their winning potential — when you haven’t played a meaningful game in almost seven months, just getting your feet under you is of far more importance.

‘We’re just trying to get everything situated so we do get a chance to work on some things the following week when the league starts,” Weisgerber said, referring to the season opener against Yorkton on Nov. 1. “As far as wins and losses, we aren’t too concerned about that, we just want to make sure that we’re working and competing and taking away time and space like that, and all that stuff will take care of itself.”

The primary goal once the new campaign begins will naturally be to replicate last year’s success. Comparisons in that direction are difficult without game action, but there’s plenty of optimism.

“We have some new guys here and everyone looks good in practice, but once we get to the games we’ll see how things go,” Weisgerber said. “I think we should be able to compete here and it should be a fun year.”