Five facts about the poppy, the international symbol of remembrance
0
Nov 8, 2019 12:30 PM By: Scott Hellings 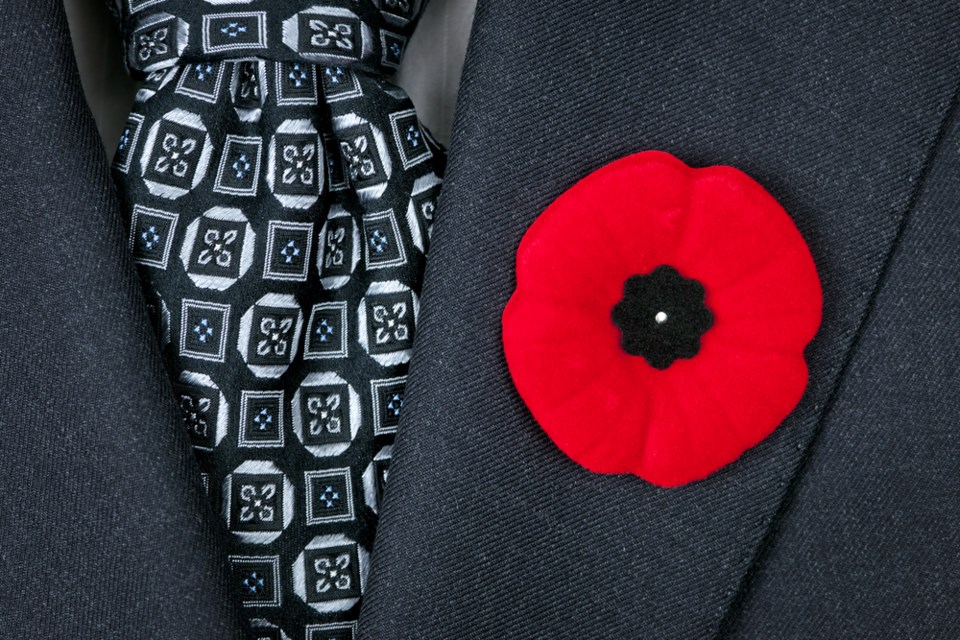 Monday is Remembrance Day. This week, we are presenting five facts about the symbol of remembrance, the poppy. Much of this information was compiled from the Legion’s website.

History of the Poppy

The poppy has been a symbol of remembrance for decades but this association actually dates back to the Napoleonic wars, as it has been recorded that poppies would grow over the graves of soldiers.

Of course, John McRae’s iconic 1915 poem, In Flanders Fields, has solidified the poppy as a symbol of remembrance. In 1918, American Moina Michael wrote her own poem, We Shall Keep the Faith. She also started wearing a poppy to commemorate those who paid the ultimate sacrifice.

Later, Madame Guerin, a French woman, learned of the custom while visiting the U.S. She started making and selling poppies as a fundraiser in support of children in war-torn areas of France.

On July 5, 1921, the poppy was officially adopted as the Flower of Remembrance by the Great War Veteran’s Association in Canada, the precursor to the modern Legion.

According to the Legion, the poppy should be worn “with respect” on the left lapel, as close to the heart as possible. Poppies should be displayed from the last Friday in October until November 11. They may be removed either at the end of the day on Remembrance Day, or at the end of a ceremony and placed on a cenotaph as a sign of respect.

The Legion says the poppy is a “sacred symbol.” As such, the organization prefers that poppies not be held in place with something like a Canada flag pin. Some branches do offer a reusable pin that looks like the centre of the poppy.

From Black to Green and Back Again

The poppy originally had a black centre. In 1980, however, the centre was changed to green, to reflect the fields of France. By 2002, the decision was made to revert back to the black centre. This is, of course, a more accurate depiction of the flower.

Want to show your support in other ways? The Legion has an online poppy store where you can buy all kinds of poppy-themed merchandise. At the store you can purchase poppy brooches, necklaces, earrings, and more. You can even buy beaded poppy brooches — similar to the beaded poppies that were initially created by Indigenous artists to symbolize the contributions of Indigenous veterans.

Looking for something different? There is also a “white” poppy movement that is meant to symbolize peace and that citizens also die during conflicts. This version of the poppy is not officially endorsed or recognized by the Legion.

How Poppies Help Others

Buying a poppy is not only a symbolic gesture of support for Canada’s veterans, it provides real assistance for veterans and their families across Canada. Notably, funds raised at the local level remain in the community, which means every donation made in Moose Jaw stays in Moose Jaw.

The Poppy Fund provides assistance with housing accommodations, the purchase of medical appliances, accessibility modifications, etc. It also supports local Cadets. According to the Legion’s website, during the 2017 Poppy Campaign, 19.8 million poppies were distributed with more than $16 million going to veterans and their families.

If you don’t already have a poppy, be sure to pick one up today! You can find them at many local businesses.

Whether you attend the city’s ceremony on Monday or not, be sure to take a moment to thank those who have paid the ultimate sacrifice. Lest we forget.

Food Bank raising money for future move to bigger location
May 26, 2020 10:00 AM
Comments
We welcome your feedback and encourage you to share your thoughts. We ask that you be respectful of others and their points of view, refrain from personal attacks and stay on topic. To learn about our commenting policies and how we moderate, please read our Community Guidelines.