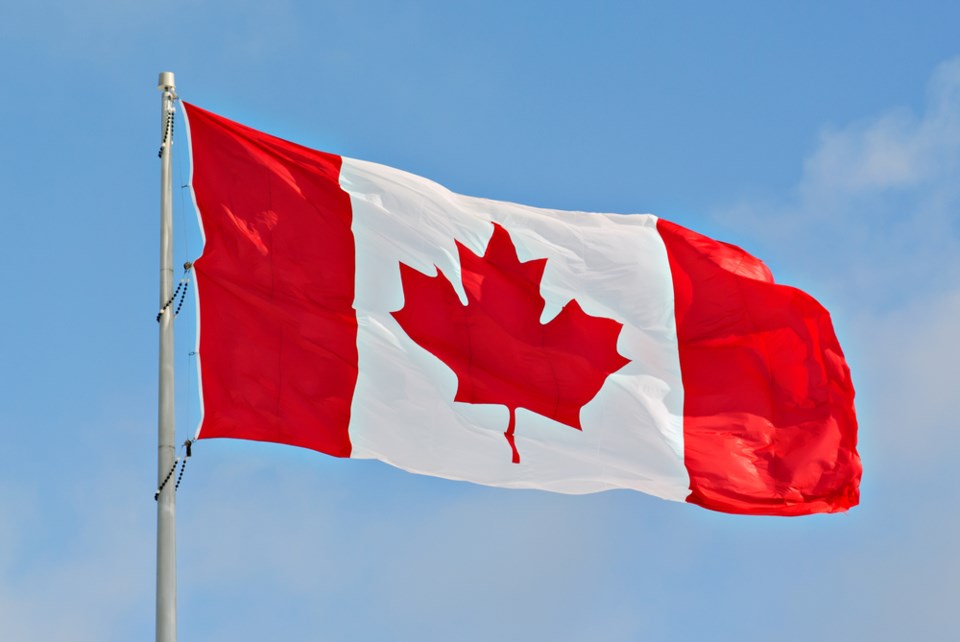 On February 15, 1965 the Canadian flag was flown for the first time on Parliament Hill. Celebrate Flag Day be learning more about the Maple Leaf.

The Great Canadian Flag Debate took place over 1963 and 1964. Prime Minister Lester B. Pearson wanted Canada to have its own flag but agreeing on a design proved difficult. For many years, Canada had flown either the Union Jack or the Red Ensign, and people had an attachment to these flags. Pearson’s preferred design was the so-called Pearson Pennant. Thousands of others were submitted to Ottawa. George Stanley designed what would become Canada’s Flag.  It was officially approved by royal proclamation in January 1965.

Flag Day was first celebrated on Feb. 15, 1996. It was marred by controversy. Demonstrators opposing proposed cuts to the unemployment insurance program were in attendance. At one point, Prime Minister Jean Chrétien grabbed one of the protestors by the neck. The “Shawinigan handshake” became one of the most memorable moments of Chrétien’s tenure. A photo of the incident was named the Canadian Press photo of the year.

Stanley wanted Canada’s flag to be recognizable, use traditional colours, and simple. His flag ultimately adheres to the design guidelines laid out by the North American Vexillological Association (NAVA). Their design guidelines are: (1) keep it simple — a child should be able to draw it from memory, (2) use meaningful symbolism, (3) use two or three basic colours, (4) do not include writing or seals, and (5) be distinctive.

Red and white became Canada’s national colours due to a proclamation by King George V in 1921. These colours have a long history associated with both France and England, which represents the ties these two nations have with Canada.

The maple leaf had been used as a national symbol of Canada for over 300 years. Notably, it was used by Canadian soldiers in WWI and WWII.

Although some believe the 11 points on the maple leaf represent the provinces and territories, the points are not symbolic in nature.

Since 1994, the Government of Canada has been giving away flags that have flown on Parliament Hill for free. All you have to do is ask. The program has become so popular, however, that the current waiting period to receive your flag is said to be over 100 years! Be sure to update your address!

Sask. indie publisher launches book contest for teen authors in local library district
Nov 19, 2020 1:15 PM
Comments
We welcome your feedback and encourage you to share your thoughts. We ask that you be respectful of others and their points of view, refrain from personal attacks and stay on topic. To learn about our commenting policies and how we moderate, please read our Community Guidelines.