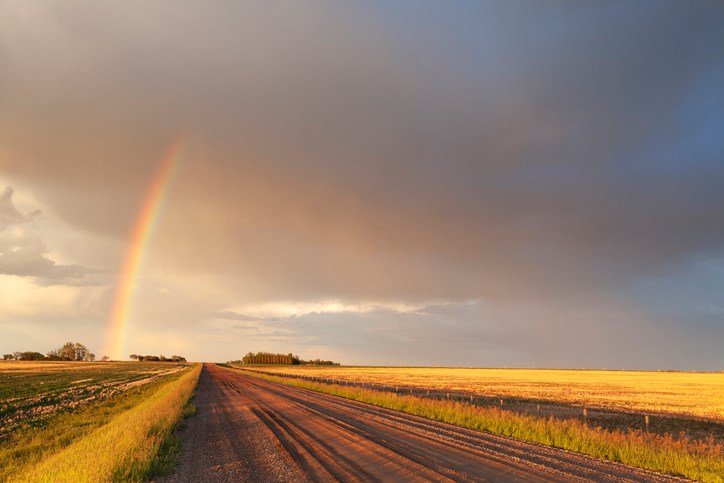 Rainfall benefited farmers across the province this past week, particularly in the southern and west-central regions.

Thus far, the majority of crops are in fair to excellent condition.

Provincially, 67 per cent of fall cereals, 72 per cent of spring cereals, 65 per cent of oilseed crops, and 81 per cent of pulse crops are at normal stages of development for this time of year.

Cropland topsoil moisture is rated as three per cent surplus, 77 per cent adequate, 19 per cent short, and one per cent very short.

Hay and pasture land topsoil moisture is rated as one per cent surplus, 67 per cent adequate, 27 per cent short, and five per cent very short.

Haying is underway in the province. Livestock producers now have one per cent of the hay crop cut and one per cent baled or put into silage. Hay quality is rated as eight per cent excellent, 59 per cent good, 24 per cent fair, and nine per cent poor.

Crops maturing, harvest to begin in coming weeks
Aug 2, 2020 3:00 PM
Comments
We welcome your feedback and encourage you to share your thoughts. We ask that you be respectful of others and their points of view, refrain from personal attacks and stay on topic. To learn about our commenting policies and how we moderate, please read our Community Guidelines.