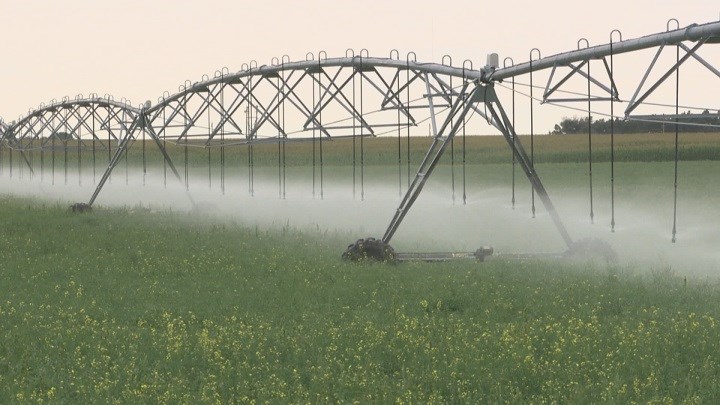 When fully developed, the Conveyance project will irrigate 120,000 acres with a canal to Buffalo Pound Lake supplying water for industrial and residential use in Southern Saskatchewan.

Presentations made to communities in the expansion districts have been met with “the sooner the better” responses.

The project will require a water storage reservoir near Highway 42.

Phase One will develop 80,000 acres north of the Gardiner dam towards Conquest and will use a nearly completed canal from the 1970s.

The canal will need expansion to four times capacity to accommodate the flow needed for 320,000 acre Phase Two.

That phase runs to Asquith and near Rosetown.

There is more than enough water for the expansions, said Molde.

About half of the lake capacity is renewed by annual inflows on average.

The water used when the 20-year development is completed amounts to “five to seven feet off the top when it is full.”

Molde’s presentation was made to a virtual conference of the Saskatchewan Irrigation Projects Association.