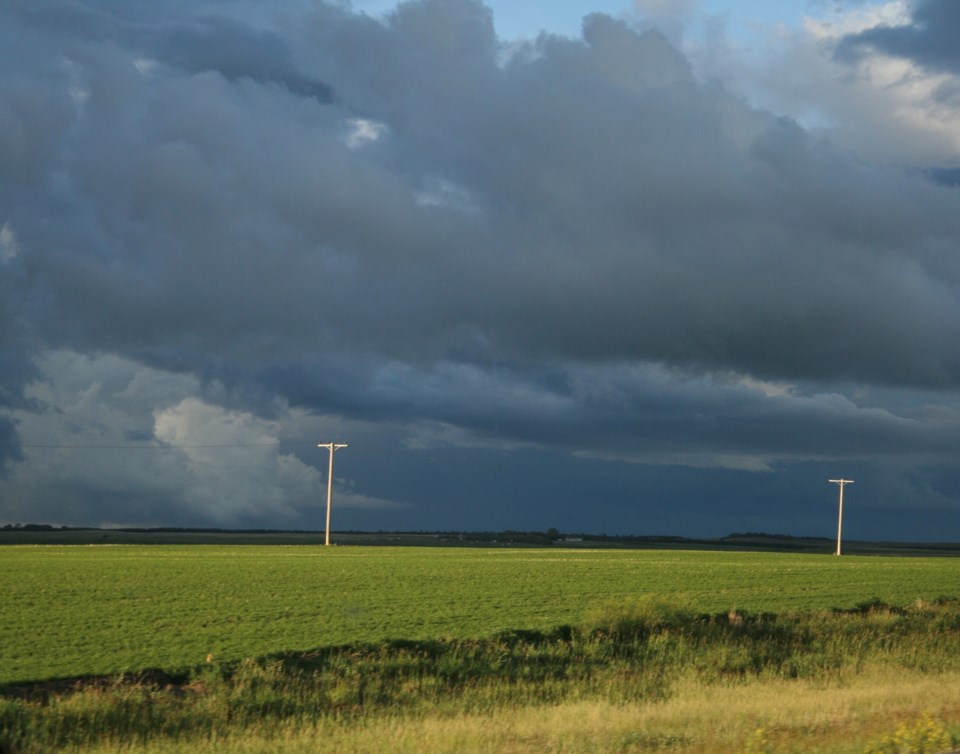 Two weeks with rain ending June changed the outlook from a crop disaster to a below average to average crop this fall, according to Saskatchewan Agriculture's crop report for the week ended July 1.

More rain is needed to help crops develop with late-seeded crops getting the most benefit from recent rains.

Rain in the Moose Jaw region during the last week of June ranged from just over one inch to two inches.  Area rainfall that week ranged from half an inch in Eyebrow to an inch in Fife Lake and Rockglen.

Moose Jaw has received the most rain in the south since April with just over eight inches.

Across the province, crop land topsoil moisture has increased significantly with four per cent surplus and only 11 per cent short.

In the Moose Jaw-Regina-Weyburn crop district topsoil moisture is two our per cent surplus, 10 per cent short or very short.

South and southwest of Moose Jaw, topsoil moisture is one per cent surplus and 12 per cent short or very short. Crops are advancing but almost one-half of spring cereals were behind normal with three-quarters of oilseeds and one-third of pulse crops behind.

One-third of spring cereals In the Moose Jaw-Regina-Weyburn district were behind with 56 per cent of canola and 35 per cent of pulses behind normal development.

Two per cent of the hay crop has been cut with hay quality rated six per cent excellent, 39 per cent good, and 28 per cent short.