Harvest about to begin in Saskatchewan 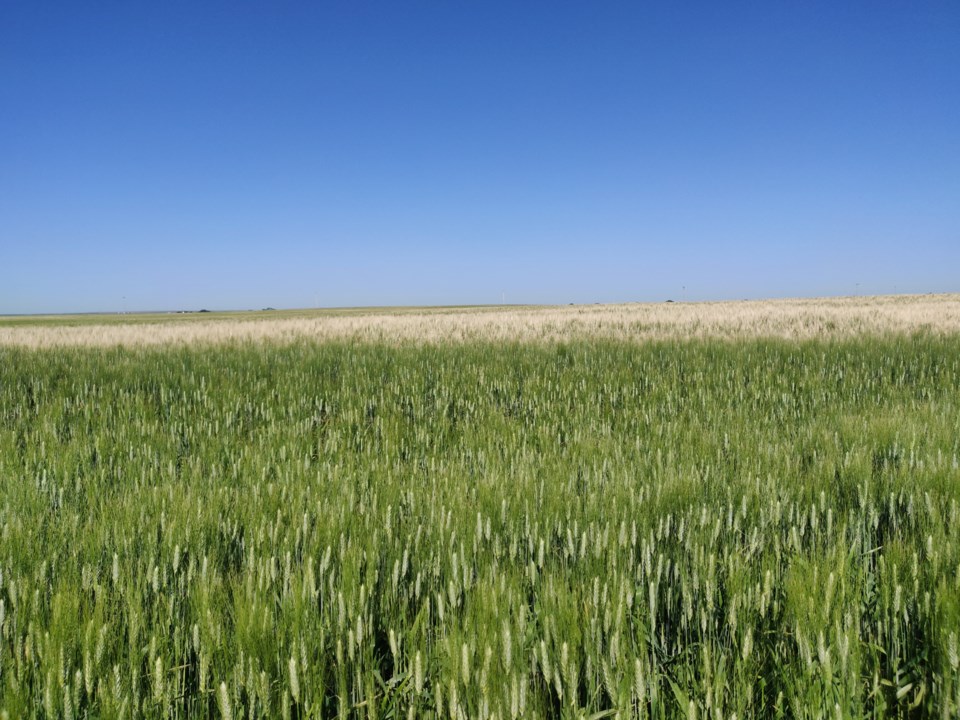 Harvest operations are already underway in some areas of the province and should begin soon elsewhere.

According to the latest crop report, some crops are one-to-two weeks behind in development. This may prove problematic during harvest, depending on weather.

There was some scattered rainfall throughout Saskatchewan this past week, which helped later-seeded crops fill and replenish topsoil moisture.

Overall, topsoil moisture on cropland is rated as one per cent surplus, 60 per cent adequate, 36 per cent short, and three per cent very short.

Topsoil moisture on hay land and pasture is rated as one per cent surplus, 48 per cent adequate, 41 per cent short, and 10 per cent very short.

Pastures could use more rain. Current conditions are rated as four per cent excellent, 28 per cent good, 45 per cent fair, 19 per cent poor, and four per cent very poor.