Farmers hope for sun to catch up on harvest

Farmers hope the wet weather won't stick around so harvest operations can continue
0
Sep 10, 2019 9:05 AM By: Ron Walter 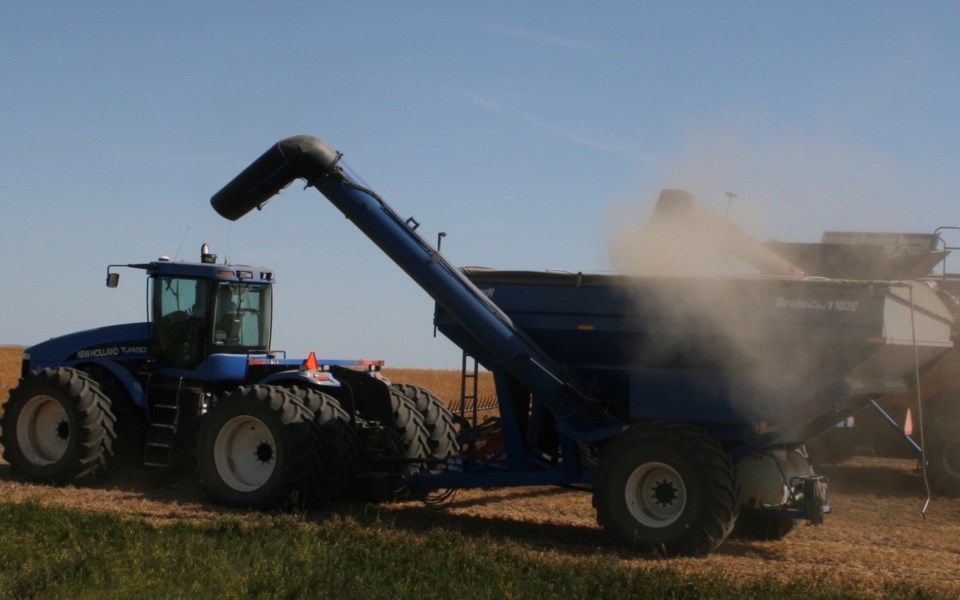 Farmers across Saskatchewan hope for sunny days and no rain as they try to catch up with harvest operations.

Although farmers almost doubled the acres harvested in one week by the end of the Labour Day weekend, the 11 per cent in the bin is only 40 per cent of the long-term average of 28 per cent.

Rain has delayed progress with up to an inch in the Big Beaver and Rockglen areas, and half an inch at Limerick south of Moose Jaw.

Sixteen per cent of the crop is swathed or ready to straight cut. Swathed fields have seen bleaching and sprouting. Winds and hail have damaged some crops.

Brownlee’s Wayne Cozart being honoured as Hall of Fame inductee for dedication to horsemanship
Feb 18, 2020 1:37 PM

Predictions for 2020 say be prepared for grasshoppers, wheat midge
Feb 11, 2020 1:00 PM
Comments
We welcome your feedback and encourage you to share your thoughts on this story. We ask that you be respectful of others and their points of view, refrain from personal attacks and stay on topic. To learn about our commenting policies and how we moderate, please read our Community Guidelines.