Famers in southern regions have one per cent combined so far 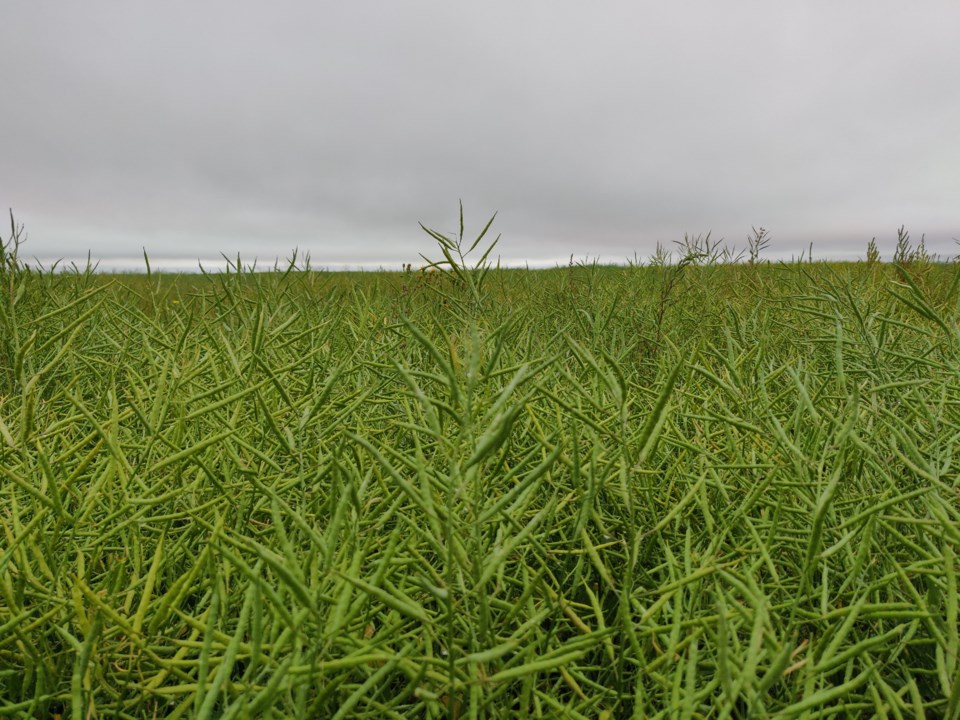 (supplied by the Government of Saskatchewan)

Producers now have over one per cent swathed or ready to straight-cut, and less than one per cent of the 2019 crop combined.

This is down from the five-year average (2014-2018) of four per cent combined and five per cent swathed or ready to straight-cut.

Farmers in the south are furthest along, with one per cent combined. Progress was made despite rainfall that delayed harvest operations in the southern region last week.

Topsoil moisture on cropland is rated as three per cent surplus, 78 per cent adequate, 17 per cent short, and two per cent very short.

Topsoil moisture on hay land and pasture is rated as one per cent surplus, 72 per cent adequate, 25 per cent short, and two per cent very short.