Crops progressing as the summer continues 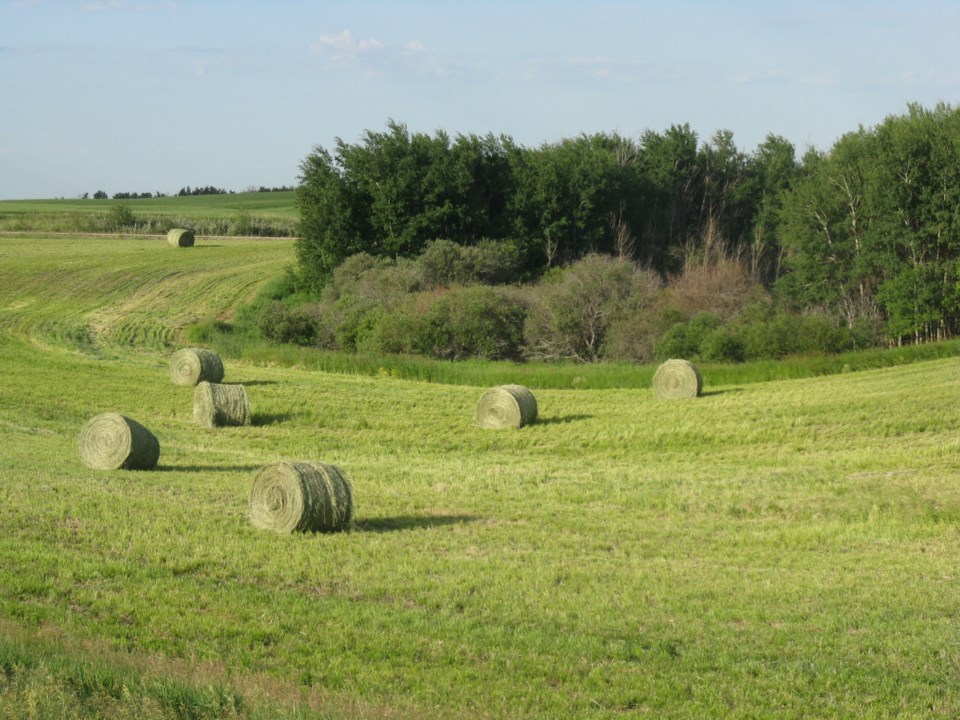 (Supplied by the Government of Saskatchewan)

Famers are working hard to get the most out of their crops.

According to the latest crop report, conditions vary throughout the province. The majority of crops are classified as being in fair-to-good condition. There are some crops, however, that are in excellent condition — although it is also true that some remain in poor condition.

Depending on the area and circumstances, some crops are one to two weeks behind in development.

Thirty-nine per cent of the hay crop is now baled or put into silage. An additional 27 per cent is cut and ready for baling.

Hay quality is rated as three per cent excellent, 52 per cent good, 34 per cent fair, and 11 per cent poor.  For many producers, hay yields continue to be well below normal.

As usual, rainfall varied throughout the province this past week; some areas reported no moisture at all, while the Turtleford area received 57 mm.

Topsoil moisture on cropland is rated as two per cent surplus, 76 per cent adequate, 21 per cent short, and one per cent very short.

Topsoil moisture on hay land and pasture is rated as one per cent surplus, 66 per cent adequate, 29 per cent short, and four per cent very short.

A complete, printable version of the Crop Report is available online.