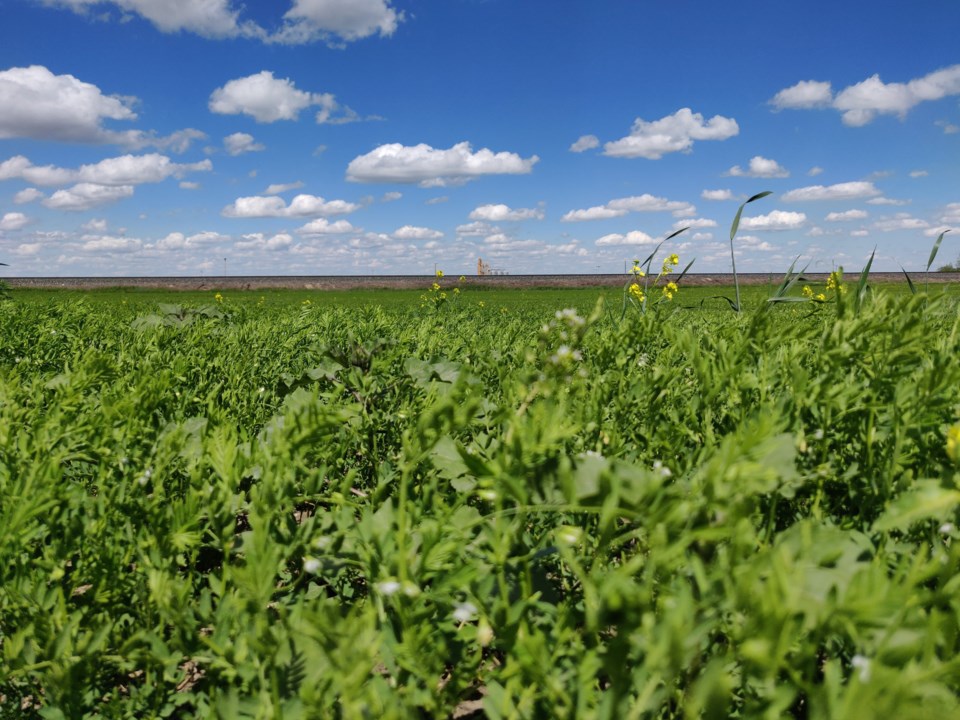 (photo supplied by Government of Saskatchewan)

Famers continue to benefit from recent moisture, but conditions are still not ideal.

The province did receive more rainfall over the past week. Although this continues to alleviate dry conditions in some areas, more moisture will be needed to assist with crop development.

The majority of crops in the province are in poor to good condition. Fortunately, crop conditions have improved as a result of the rain.

Across Saskatchewan, crops are behind to normal in their stages of development for this time of year.

Topsoil moisture on hay land and pasture is rated as two per cent surplus, 76 per cent adequate, 21 per cent short, and one per cent very short at this time.

In many areas of the province haying operations are now underway. Livestock producers now have one per cent of the hay crop cut and one per cent baled or put into silage.

Hay quality is currently rated as three per cent excellent, 20 per cent good, 40 per cent fair and 37 per cent poor.

Hay yields are said to be significantly lower than average as a result of dry spring conditions.