Wild pigs have been a concern since some wild boar escaped farms in the 1990s but the problem has exploded in the last few years.
May 27, 2019 9:42 AM By: Ron Walter 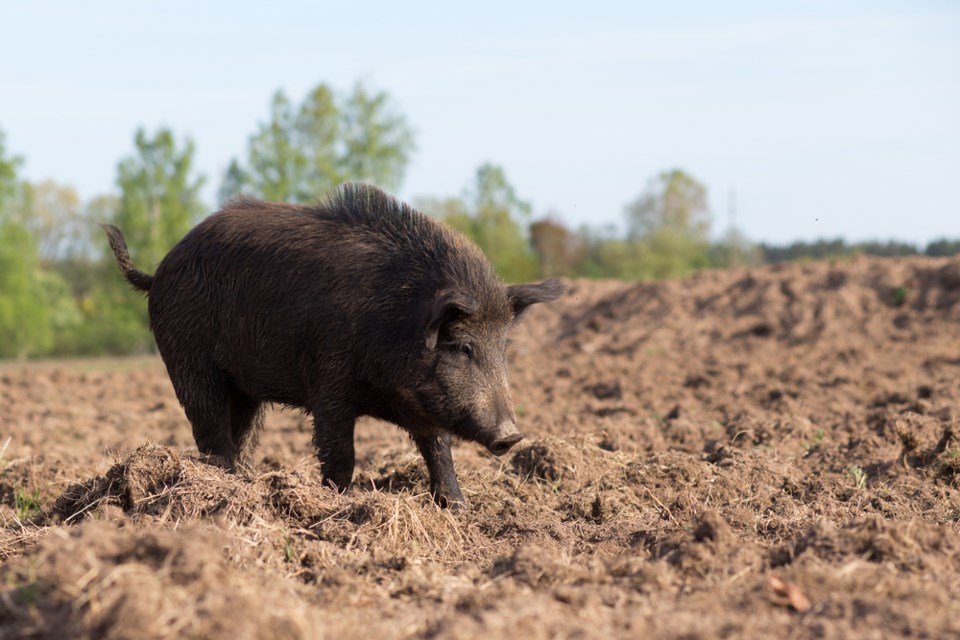 Wild pigs have been a concern since some wild boar escaped farms in the 1990s but the problem has exploded in the last few years.

A University of Saskatchewan study found that wild pigs have expanded their range from two locations in 2000 to a wide swath of the province by 2017.

Wild pigs have invaded the area from south of the boreal forest except for a line from Leader to Weyburn. Some have been seen in the Cypress Hills.

Wild pigs pose a danger from carrying diseases like E. Coli and possibly African swine fever to crop damage and destruction of wildlife.

Saskatchewan harbours 58 per cent of the national population.

“The growing wild pig population is not an ecological disaster waiting to happen – it is already happening,” says Ryan Brook, lead researcher on the Canadian Wild Pig Project.

“Wild pigs are so widespread that they are a major challenge to control in Canada and eradication is only possible with a comprehensive plan to deal with this highly efficient invasive species. In Saskatchewan they are already posing significant risks to agriculture and livestock production. Our mapping of their expanding territory shows just how quickly they are spreading. This is a rapidly emerging crisis.”

The animals are smart and have become hybrids by crossbreeding with wild domestic pigs that escaped.

With six piglets a year and no natural predators, population growth is explosive.

Control measures are useless unless laws are changed.

The pigs are so intelligent that live trapping is ineffective. The older pigs teach the others to avoid live traps.

Wild pigs have been seen in this area around Rowletta and the Qu’Appelle River Valley.

Northern and Central Alberta and southern Manitoba have also been invaded by wild pigs.