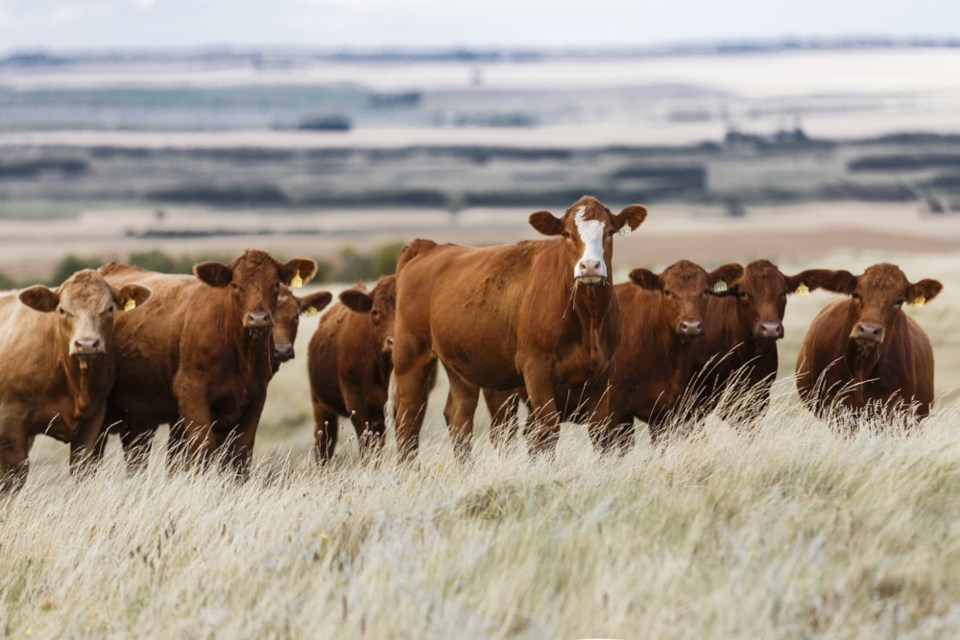 “That has to stop,” Dr. Frank Miteloehner of the University of California told the Saskatchewan Stock Growers Association conference in Moose Jaw.

If farmers fail to tell their story, “your special friends,” as he referred to anti-beef advocates and environmentalists, will continue talking and perpetuating myths about the beef industry.

Beef cattle get a bad rap for methane emissions because of myths, said the German-born scientist.

One of those myths started when the United Nations Food and Agricultural Organization (FAO) issued a 2006 analysis saying that global agriculture accounts for 18 per cent of greenhouse gas (GHG) emissions, the same amount as transportation by trucks, trains and ships.

Shocked by the study Miteloehner delved into the issue.

The study “was flawed” in the method used to compare agriculture and transportation emissions.

Agricultural emissions were based on a life cycle study from the cow’s birth to feeding, slaughter, processing and retailing.

“They didn’t do a life cycle for transportation. They didn’t account for emissions from making the steel in trucks, trains and ships.”

Miteloehner called the FAO study flawed and that was accepted by the FAO, which reduced its estimate of agricultural greenhouse gas emissions.

The British BBC ran a story on the change but it wasn’t picked up by the media globally. The media still uses the transportation comparison to show how large agriculture emissions are.

“Belching cows, farting cows are not a significant emissions source,” he said.

Methane gas lasts 10 years in the atmosphere before dissolving into water and carbon dioxide.

Agricultural emissions are a growing concern in developing countries where productivity is low.

In America, beef farmers have used about the same amount of inputs for decades but tripled production. China, by contrast looses 20 per cent of the pig population — 400 million piglets — before they get  to market, increasing GHGs.

Inadequate vet care and management cause the high mortality rate.

In the U.S., agriculture accounts for nine per cent of GHGs with transportation at 29 per cent, electricity at 28 per cent and industry at 22 per cent.

Beef production emissions are about two per cent of the total.

One-third of U.S. land is marginal, suited only for livestock. Cultivating it would increase emissions, he said.

Burning of fossil fuels is the real source of GHGs.